MEDIA ABOUT US   |   La Repubblica

“The steel we use is Italian; it’s an honour for us to complete this project”

Roberto Re, the Genoese manager of Trametal: “We managed to complete the project fast because we worked simultaneously at all levels, not because we were in a hurry” 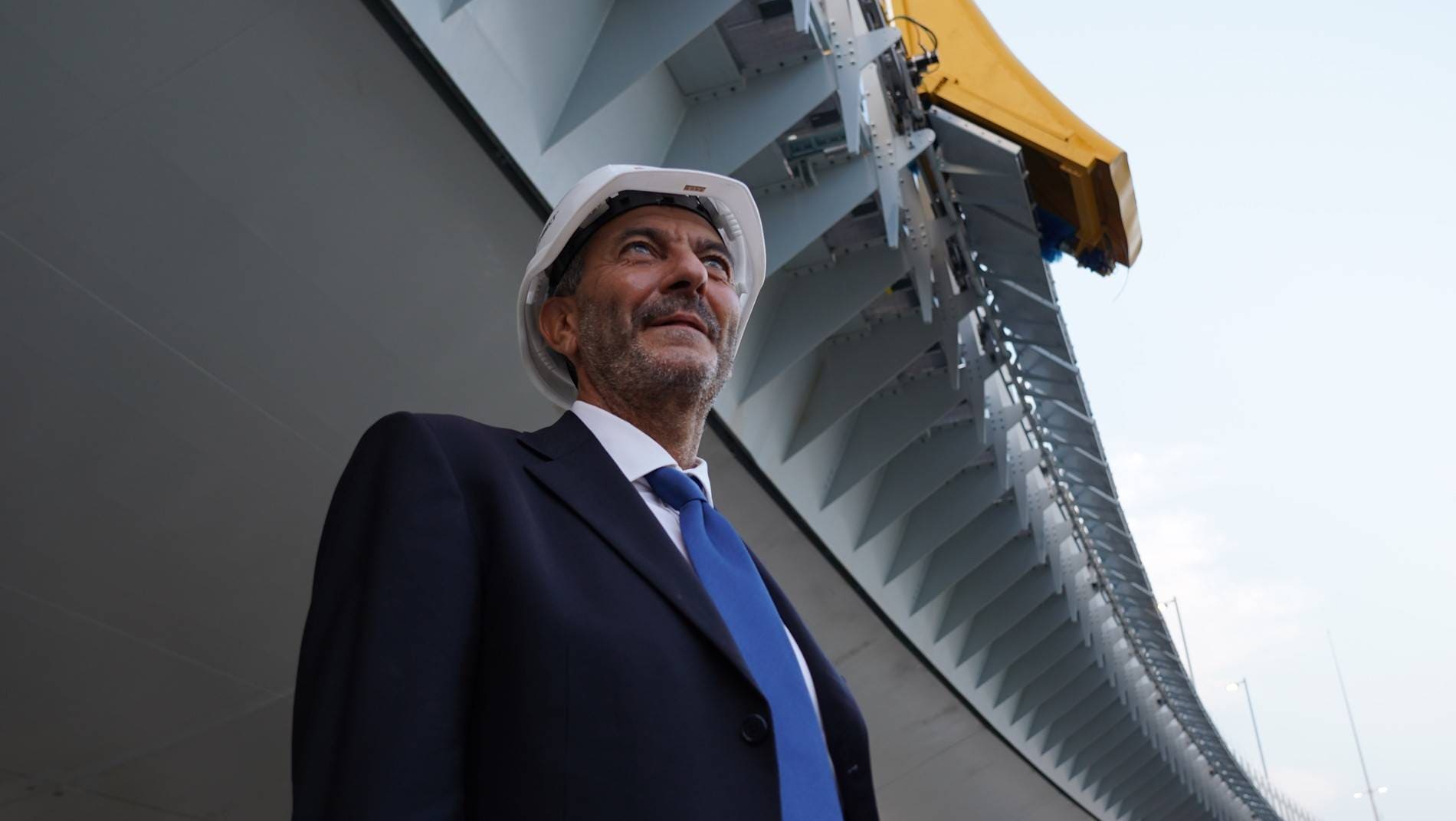 The Genoa Bridge is made of Italian steel produced at a factory in San Giorgio di Nogaro, Udine province. The facility is owned by the Genoa-based company Trametal, which has supplied the PerGenova consortium, which includes the Webuild and Fincantieri Infrastructure companies, with 95% of the steel, 18,500 tonnes in total, used for the bridge’s construction.

In 2007, the Italian company became part of the Ukrainian-based steel giant Metinvest. Roberto Re, the Genoese-born manager of Trametal and General Director of Metinvest Europe, still recalls the days when the company was owned by the Malacalza family and steel production was just gathering momentum.

Commenting on the project, Re emphasises its paramount importance not only for Trametal, but also for the entire group.

The steel that Trametal supplied to Fincantieri Infrastructure for the bridge’s erection was produced by the group at its factories in Ukraine, the US and four other European sites. Trametal, however, was the one re-rolling it at its plant in San Giorgio di Nogaro.

“We receive semi-finished products and subsequently process them,” Re explains. “We do it in San Giorgio di Nogaro as well as at another Italian factory in Vallese di Oppeano. We are the main suppliers for the leading bridge-building companies such as Cimolai and Fincantieri Infrastructure. Besides, during the past 15 years, we have supplied Fincantieri Infrastructure with about 60% of the steel it uses to build ships.”

Entrusting you with the supply of steel for the bridge’s construction is something of a natural choice, isn’t it?

“When Fincantieri announced a tender among the international market players, we decided to partake and had our application submitted. Eventually, we won. Fincantieri was looking to procure close to 20,000 tonnes of steel sheets, which is 95% of the total tonnage used for the bridge’s construction. While the supply volume was definitely enticing, it wasn’t what mattered most in this case.”

“The opportunity to participate in this project. I am Genoese and, naturally, this project means a great deal to me. The same goes for the entire group.”

In your view, who does the steel used for the construction of the bridge’s base belong to: Ukraine or Italy?

“It’s Italian steel because we made it. While the group, owned by the Ukrainian company Metinvest, supplies us with the raw material, we’re the ones making the final product at our factory in San Giorgio di Nogaro in coordination with our Genoese group, which includes 60 employees.”

You’ve mentioned that the supply volume wasn’t the most enticing part about the project and what really mattered, in this case, was the chance to participate. What do you mean?

“When it comes to projects like this, neither volume nor money plays a key role. After all, you have to keep in mind that we’re dealing with the ramifications of a tragic event. I’d say that I was driven by the desire to give life to something important and unique. That's an honour in itself. Accordingly, we tried our best to work discreetly and avoid conspicuity. This way, we wanted to show our respect to the victims of the tragedy. It was an important and special project that we carried out with the support of the Italian Maritime Register on a very tight schedule. The supply was produced between March and November 2019 with July and August being the busiest months.

Did you supply the steel directly to the shipyard?

“First, it was delivered to Fincantieri Infrastructure’s plant in Valeggio sul Mincio and the Castellammare shipyard. Once they had processed it, it was taken to the construction site.”

According to architect Renzo Piano, you’ve managed to carry out the project fast but without haste. Is that so?

“Exactly. We managed to complete the project fast because we worked simultaneously at all levels, not because we were in a hurry. Instead, we focused on an integrated approach that facilitated concurrent multi-level cooperation. If you do it this way, you’re bound to save a lot of time.”

Is this a common work model in Genoa?

“In my opinion, this instance is a great example of how to run things efficiently. We managed to coordinate our efforts at all levels, political and corporate ones included. It proves that Italy can build high-quality projects quickly while respecting all the rules and procedures and encouraging teamwork.”

Is this work model replicable?

“Definitely. It’s time Italy realised that nothing stops it from working this way. Accordingly, you can stay efficient while following all the rules and protocols in a manner most rigorous. If we really want to prepare ourselves for the future and get the country back on its feet, then we should view the experience of erecting this bridge as our starting point and take it from there.”