NEWS
On 3 August, a new bridge was opened in Genoa, Italy, in place of the one that tragically collapsed two years ago. Metinvest supplied 18.5 thousand tonnes of high-strength steel for it, the majority of the total used.

The opening of the bridge was a major event for Italy. The inauguration ceremony was attended by Sergio Mattarella, the president of Italy; Giuseppe Conte, the prime minister; Marco Bucci, the mayor of Genoa; Giovanni Toti, the governor of Liguria; and Renzo Piano, the project architect. Metinvest, the main supplier of steel for the project, was represented by the managing director of Metinvest Europe, Roberto Re, a native of Genoa. The first car to cross the bridge was the Italian president’s Maserati. At the end of the ceremony, planes decorated the sky in the colours of the Italian flag.

The old Morandi Bridge passed over the Polcevera river and railway tracks. It connected the two parts of Genoa, as well as Liguria with the port and main European transport corridors. The bridge was named after engineer Riccardo Morandi, known for his interest in reinforced concrete.On 14 August 2018, one of the spans collapsed while dozens of cars were on the bridge. The tragedy claimed the lives of 43 people, and mourning was declared across Italy. Nearly a year later, the remainder of the bridge was blown up to build a new one, called San Giorgio.

The project architect, the renowned Genoa native Renzo Piano, is one of the founders of the high-tech style. He is the creator of the Pompidou Centre in Paris and the Shard skyscraper in London, which also used Metinvest steel.

The new bridge is designed like a hull of a ship, emphasising Genoa’s shipbuilding history. In memory of the victims of the catastrophe involving the old one, 43 lights run along the spans.

The new structure is a “smart” one. Robots carry out structural inspections of its parts. The lighting comes from photovoltaic panels, which collect sunlight and produce the energy required.

The bridge is just over 1 kilometre long. It is made of 19 steel and concrete spans and stands on 18 piers totalling 1,500 metres. The steel part of the deck is 26 metres wide and made of steel sheets of different thicknesses. The structure stands 45 metres above the ground.

The bridge was built in less than a year and investments totalled EUR202 million. Its stability and durability come from the metal frame. Overall, 24 thousand tonnes of steel were used, the equivalent of three Eiffel Towers. 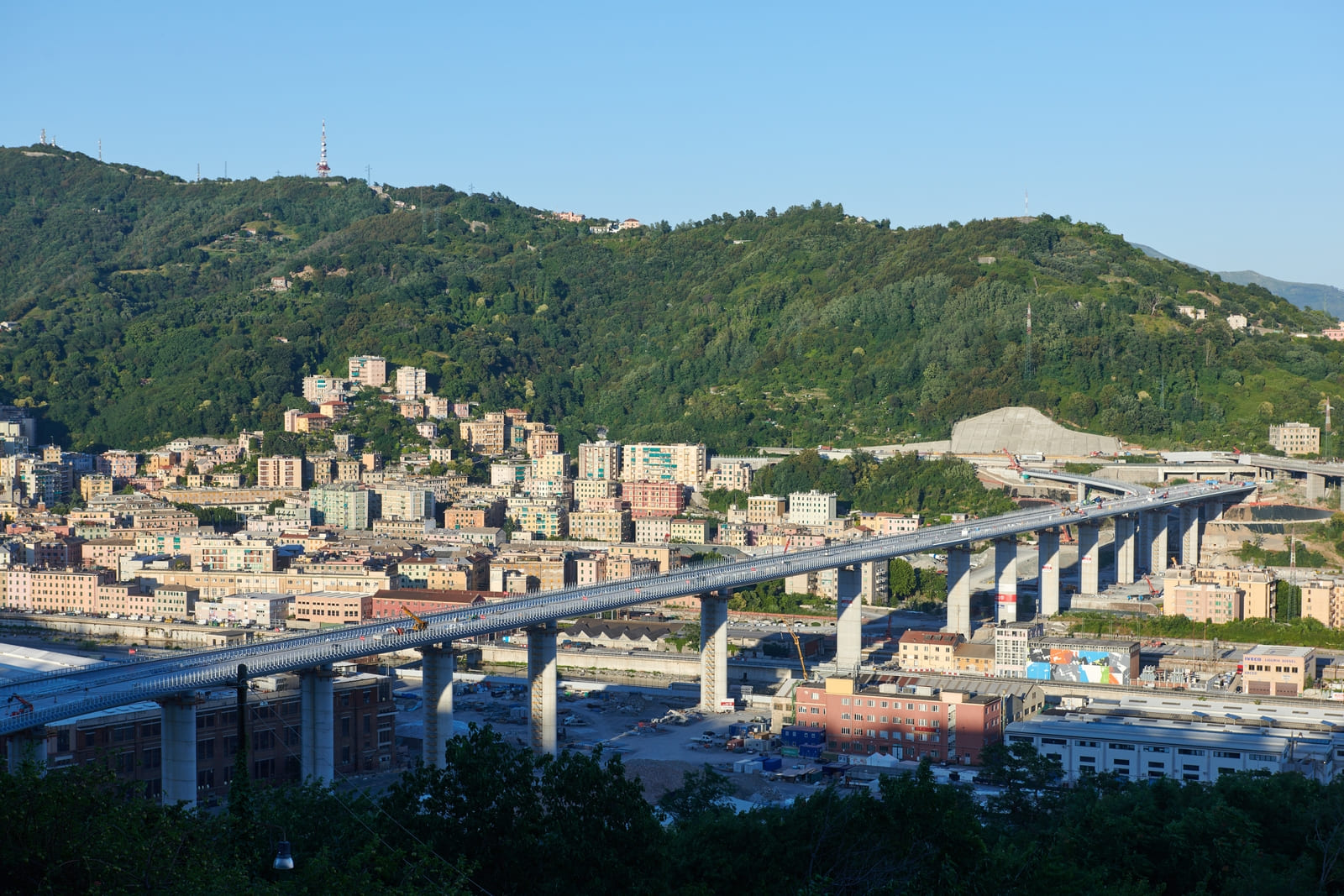 In January 2019, Metinvest became the main supplier of steel for the construction work. Semi-finished products were made at Azovstal in Mariupol and high-strength rolled steel at Trametal in Italy.
For the project, Metinvest underwent numerous safety checks and quality tests by Fincantieri and the RINA classification society, as well as the Rete Ferroviaria Italiana railway company, as the bridge passes over a railway. Some 70% of the products used were certified by independent inspectors. The project was managed by a team of 20 people from Ukraine and Italy. All of the materials were delivered on time. 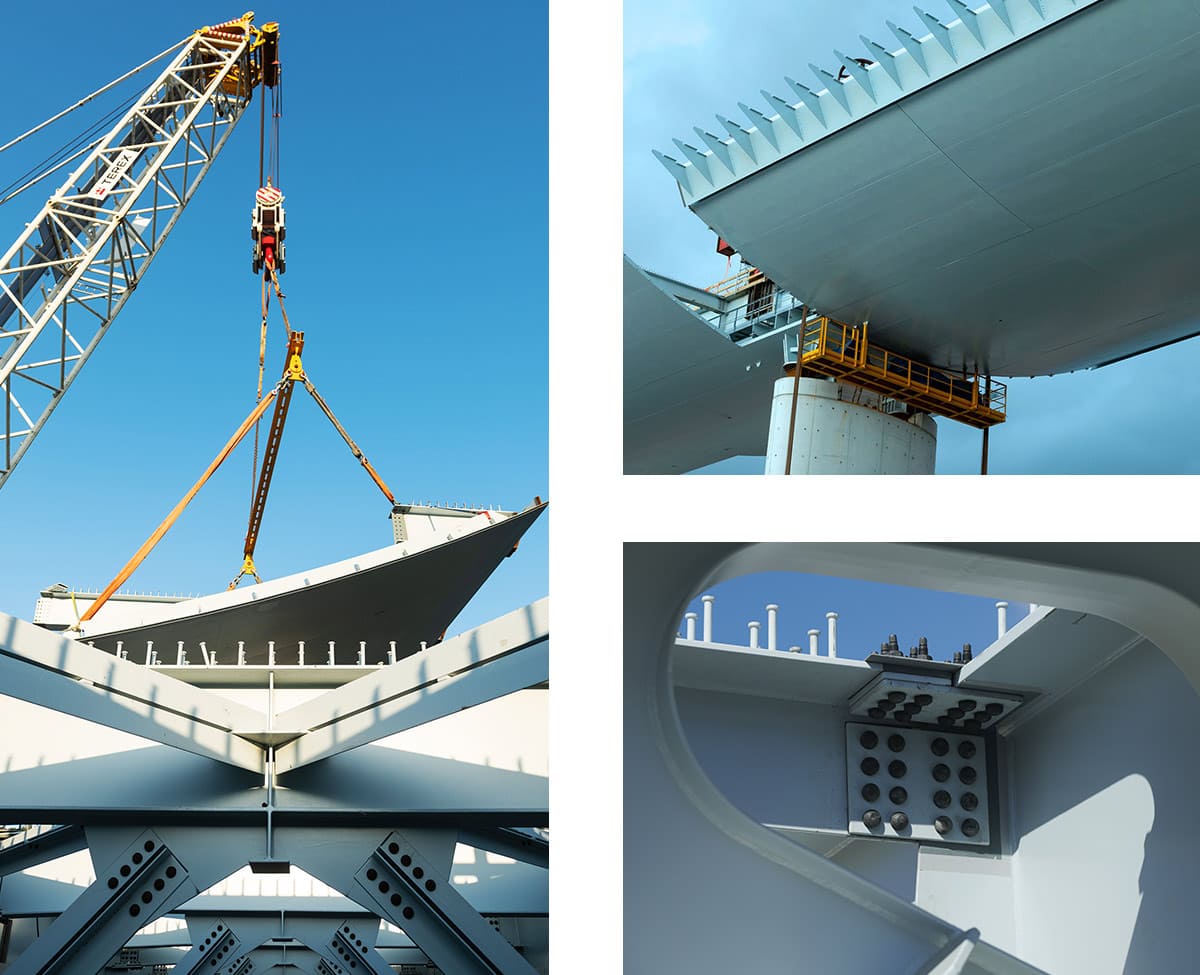 Commenting on the work, Yuriy Ryzhenkov, CEO of Metinvest Group, said:
“We are proud to have become a part of this project. For us, it’s more than just work. Metinvest’s European sales office is located in Genoa. The collapse of the old bridge was terrible news for our entire team. That is why we offered our long-time partner Fincantieri the best solution that helped the city recover from the tragedy.”

Metinvest, the main supplier of heavy plate in Italy, accounts for a quarter of the domestic steel market and operates two rolling plants.

Metinvest’s products are in demand in construction, engineering, shipbuilding, energy and other areas of industry. 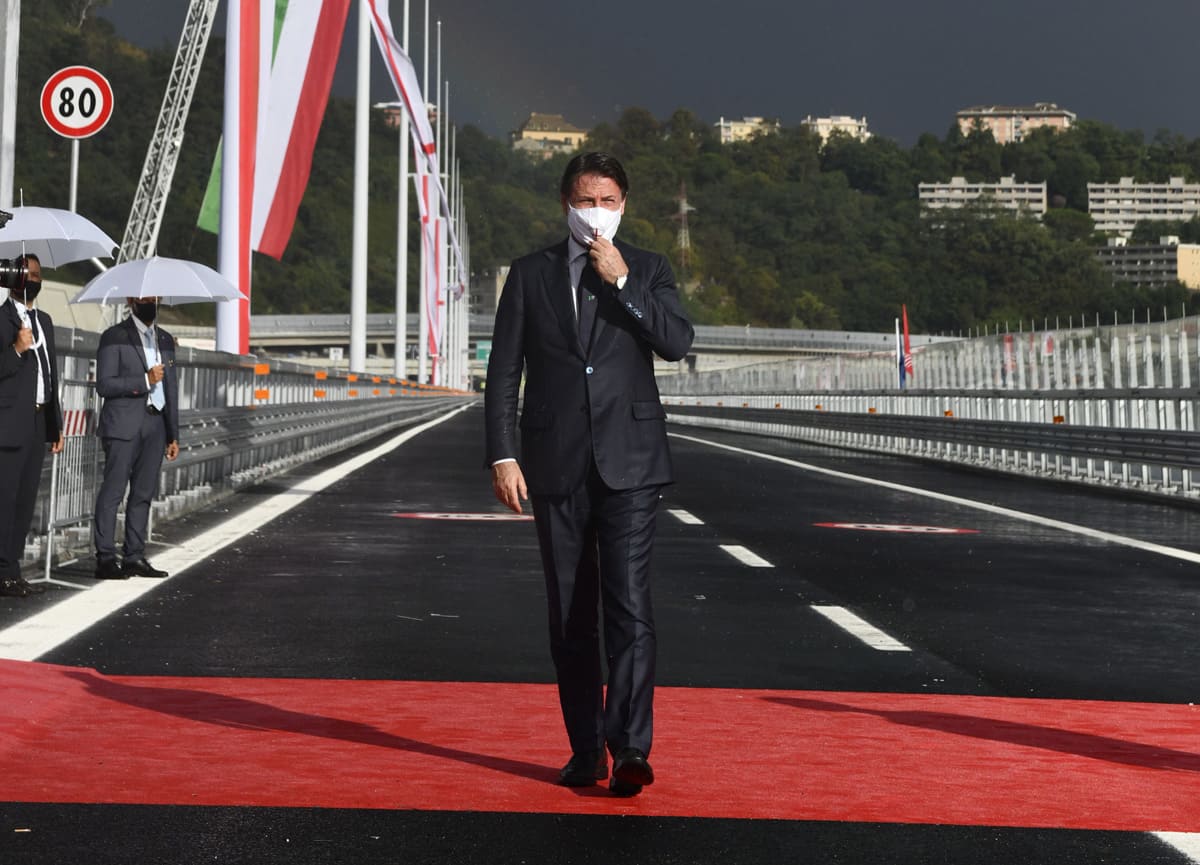