Galvanised Steel: From Ancient Alchemy to the Infrastructure of the Future

Blog
In the world of metal and steel deliveries, galvanised steel is an object, which a customer runs across more often than most others.

We’re ready to tell you about the galvanising process, its outcomes and advantages, and to share a very interesting invention story of this technology and about the history of its applications.

Who invented galvanised steel and when?

To begin with, speaking briefly, the galvanising process (also called “galvanising”, or simply“, galvanised” [goods]) means a process when a zinc protective coating is applied to a metal product, which is, particularly, made from steel and from other iron alloys. This method is used to prevent the formation of rust on the base metal and to ensure its long-term protection against the impacts of weather. Zinc is the most widely used material to protect steel products against corrosion; more than 40 percent of zinc extracted worldwide is used for this purpose. A zinc coating is applied to plates and sections, machine components, fasteners, pipes and other items.

In general, the history of galvanising is closely related to the history of zinc: embroidery from alloys containing up to 80% zinc were utilised 2,500 years ago. Brass – an alloy combining copper and zinc –can be traced back until at least the 10th century BC. Pure zinc was first obtained in 1738.

The first officially acknowledged step towards galvanised steel products was made by the French chemist P. G. Melvin. It was chemistry, which seemed to be not far from alchemy. Pure iron is submerged into a vessel with molten zinc and, with the wave of a magic wand, gains a shimmering silver coating (Mr. Melvin gets the galvanised plate.). The scientist submitted his 20-page report to the Royal Academy of Sciences in 1742.

Melvin's invention quickly gained the interest of the scientific world. First of all, manufacturers started using molten zinc as a cheap protective coating for housewares. Already by the second half of the 18th century, this anti-corrosion protection for metal dishes was widely used in some regions of France. 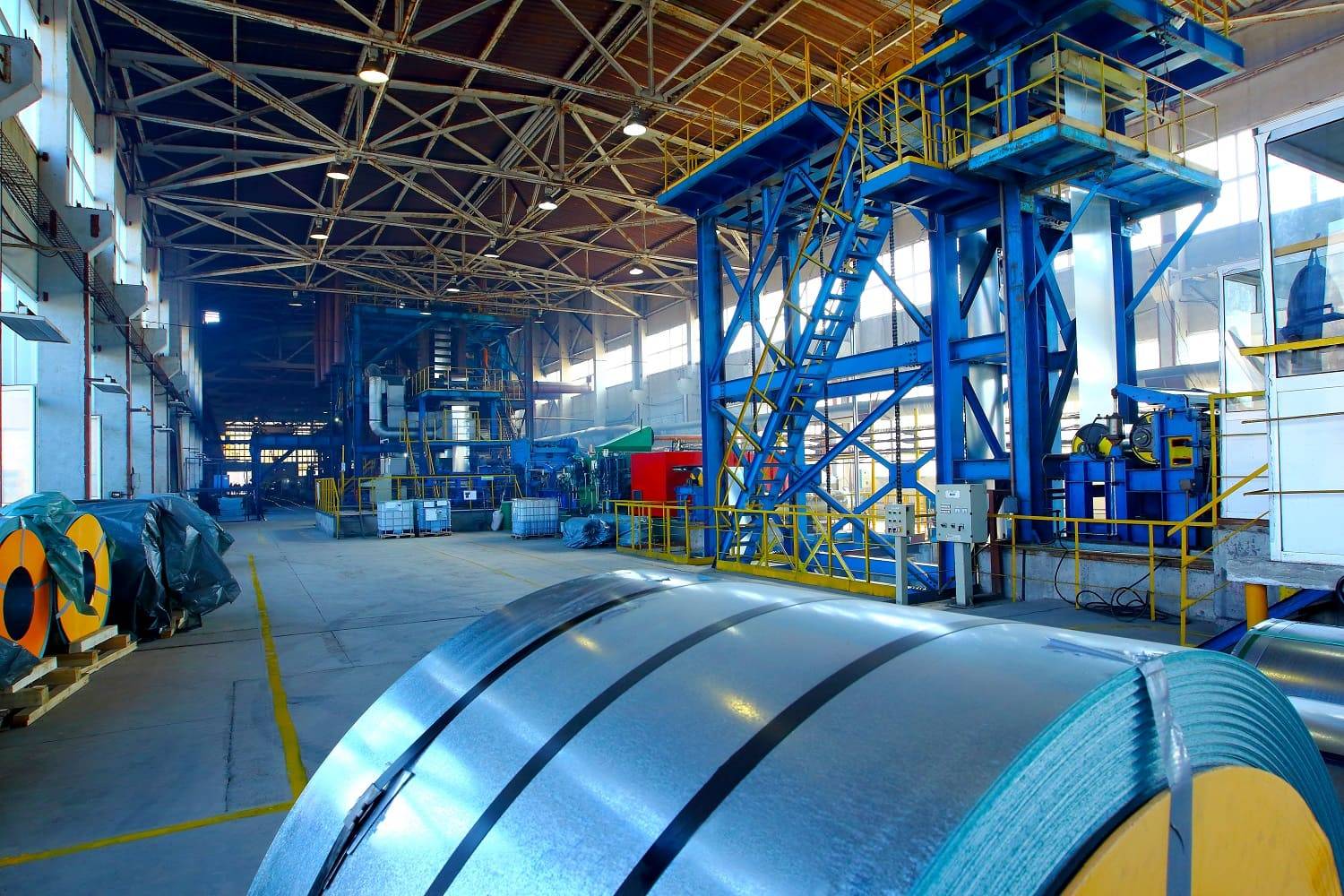 Start of the wide use of galvanising

In 1824, Sir Humphrey Davy of Great Britain assumed that copper bottoms of wooden navy vessels could be protected by fixing iron or zinc plates to them. Mr. Henry Palmer, from the London-based Dock Company, who was an inventor of the monorail and pioneer in developing the overhead railway, received a patent for “cut or corrugated metal sheets” in 1829. Later, his invention would have an essential effect on both industrial design and galvanising. Starting from here, there is already a short jump to galvanised steel coils and to galvanised steel sheets, but we shall speak about them later.

In 1836, the French company Sorel patented a technique of zinc application on steel (galvanising). In such a way, the invention of the French chemist Melvin became a reality in the commercial field almost one hundred years later. A British patent for galvanising was issued to the politician and businessman William Crawford in 1837.

The docks of the Royal Navy in Pembroke, Great Britain, are considered to be the first infrastructure object where galvanised iron was used during their construction in 1844 (these were corrugated galvanised sheets). By 1850, British industry used up to 10,000 tonnes of zinc every year for galvanising purposes. And in 1883, they opened the Brooklyn Bridge in New York – one of the most famous and the oldest suspension bridges in the world – which has been successfully and intensively operated until now. Galvanised ropes with a total length of 14,600 miles were first used during the construction of this object.

What makes the galvanized steel corrosion-resistant?

Carbon steel needs to be protected, as it’s exposed to corrosion in almost every open environment. The capability of zinc to protect steel against corrosion is one of its most important features. No other metal can ensure such a practical and cost-effective protection for steel and its structure (stainless steel is a perfect but also a very expensive product; that’s why it’s not utilised in more places).

Basically, a zinc layer protects steel in two ways. First of all, it acts as a physical barrier by creating an impermeable metal protection, which prevents both moisture and oxygen access to the steel base. Then the zinc coating reacts with the atmosphere and creates a thin, strong film of oxides on the surface, which prevents further oxidation. Long-term studies showed that the lifespan of this barrier protection is proportional to the thickness of the zinc coating. In other words, the doubling of the coating thickness doubles the coating’s lifetime. Second, galvanising provides electrochemical protection to steel. 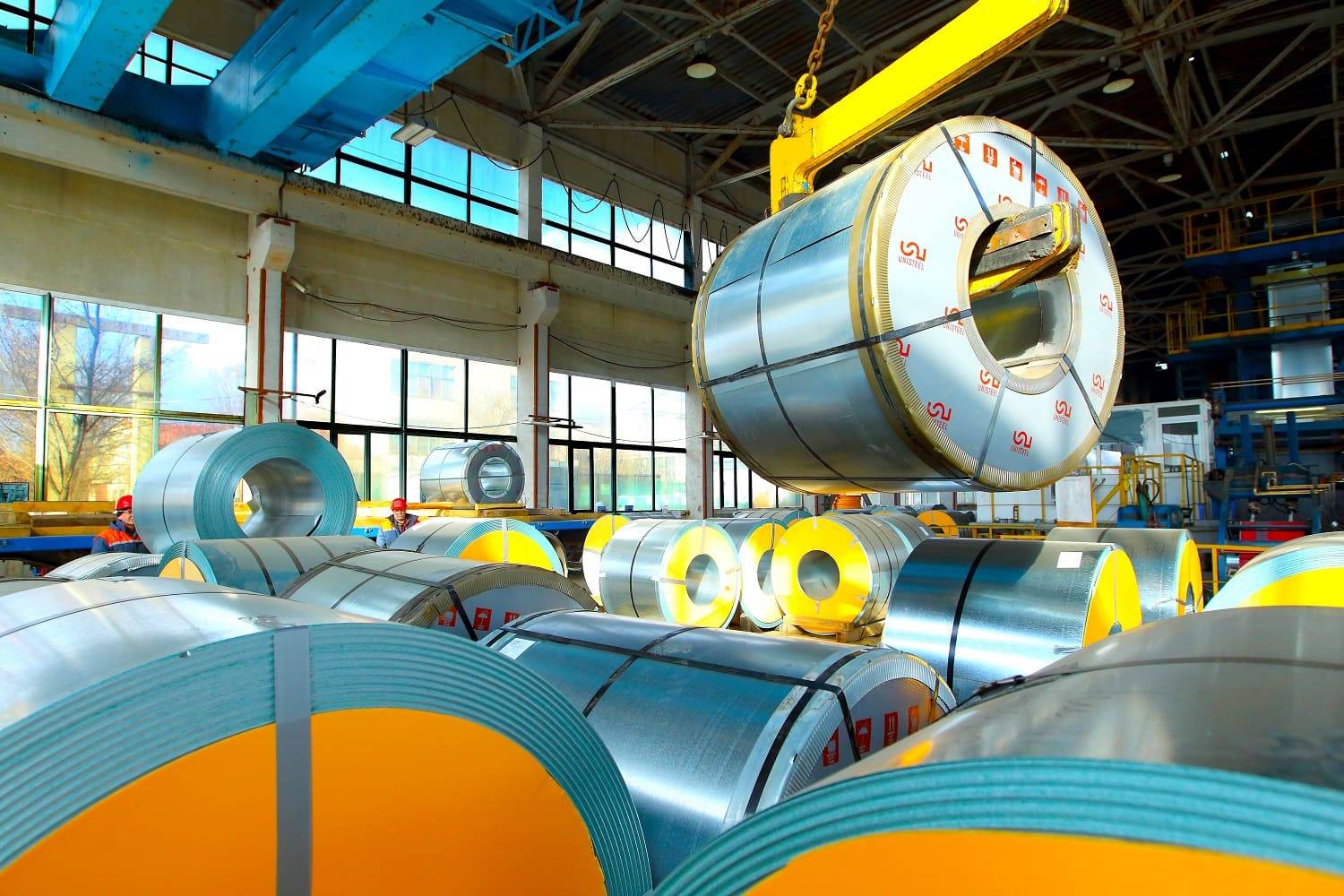 The fact is that the zinc coating is, for sure, very strong but not everlasting So, it can become obvious that the galvanised metal is damaged in various ways during maintenance. In such events, the bare steel in places, where the zinc coating was damaged, starts getting exposed to the influence of both moisture and air. The trick is that the zinc around the damaged area starts corroding as well but does this more quickly than the steel. That is why the zinc corrosion products settle down on the steel surface, close to the metal against the atmospheric influence, protect it and, as a result, stop the corrosion.

In poetic words, the galvanised steel becomes a kind of “commitment” symbol: the zinc coating wears off step by step but continues protecting the steel core. This corrosion protection is simply called “sacrificial”.

By the way, if the steel is not coated with zinc but with another metal with higher electronegativity (for example, nickel, chrome or copper), such coatings will cause even faster corrosion, as if the steel was completely “bare”. In other words, the steel “sacrifices” its structure to the favour of nickel or copper.

We should also note that very popular commercial paints have anti-corrosion features as well. However, paints should be applied during the manufacture of metal products or directly after the damage. Otherwise, the steel under the paint film will corrode until it destroys the surface in full. 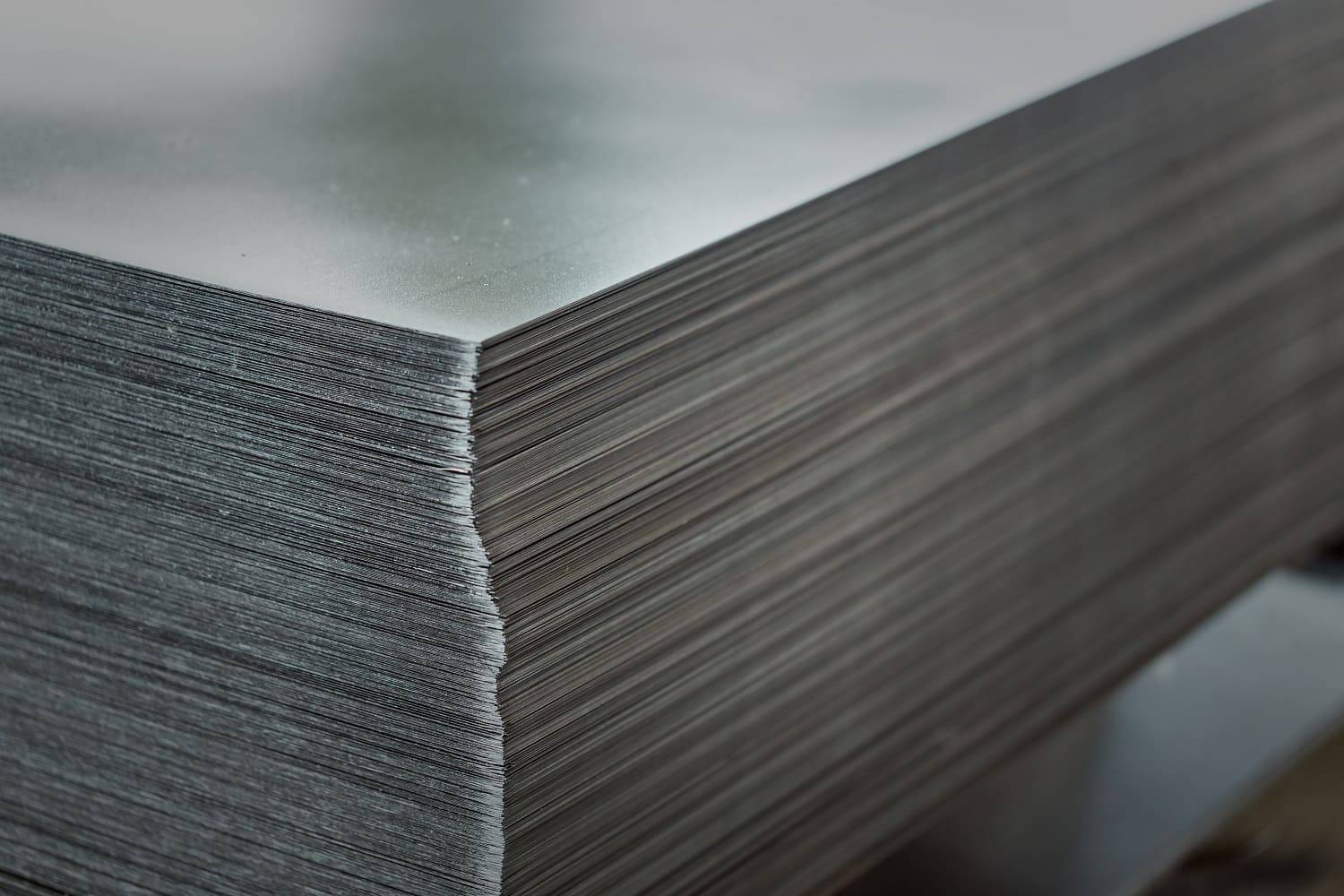 Hot-dip galvanising using the melt is the most popular way to produce steel coils and sheets with a protective zinc coating. This technology provides for the maximum protection of steel products against aggressive external environments thanks to a solid, strong, and a metallurgically bonded coating with high thickness. Hot-dip galvanised steel coils and sheets are widely used in construction, machine-building, furniture manufacturing, household appliances and consumer goods.

Hot-dip galvanising comprises three main phases: preparing of the steel strip (electro-chemical cleaning, annealing or application of flux, including the subsequent drying), dipping into a bath with molten zinc and further regulation of the coating thickness, and finishing as well (passivation, application of insulation coatings, dressing, coiling, and packing).

There are two main technologies for the manufacturing of hot-dip galvanised steel coils: on continuous galvanising lines with oxide-free annealing furnaces, and on lines where liquid or dry flux is used. In the first case, hot-rolled or cold-rolled, not annealed (hard-drawn) steel coil is the source blank. During the manufacture, the strip is exposed to high-temperature treatment (annealing), which ensures obtaining the required amount of mechanical features and the additional cleaning of the surface before galvanizing. Provided the use of machinery that applies the flux, the steel coil before the galvanizing shall have the required features, as such machinery does not include any furnace. The strip surface is prepared for galvanizing by mechanical cleaning, chemical degreasing and further coating with a flux layer. The further process for galvanizing, cooling and dressing of finished products is identical for both technologies.

Depending on the thickness of the applied zinc coating and maintenance conditions of finished galvanised items, their lifetime may vary widely – from one year to hundreds of years. Thanks to the high strength, corrosion resistance, effect appearance, profiling capability, and application of decorative coatings, galvanised steel products have found wide use in almost all industry segments. Let’s provide some examples.

These are, first of all, construction and adjacent segments. It means various roofing structures (roof profiled sheets, flooring and metal tiles), retained formwork, gate leaves, fence chains and many other things.

It’s also necessary to mention innovative construction technologies. First of all, we are speaking about the construction of rapidly assembled buildings made of sandwich panels, which are more and more widely used. An infectious-disease hospital in Wuhan, China, which has now become famous, was built in early 2020 using this technology. Chinese builders, tasked with helping combat the coronavirus epidemic, assembled the building in a record 10 days. The steel structures of such buildings are made from galvanised steel.

Let’s also mention the special-purpose water and gas pipes, which are part of flue ducts, ventilation structures or air ducts. Zinc-treated steel is also widely used in water drainage systems, where the corrosion resistance of the galvanised metal is especially critical.

In addition, galvanised metal is widely used in the car industry: many elements of car bodies and components of car suspensions are manufactured from galvanised rolled products. Components, which are exposed to corrosion to the maximum extent due to their location (bottom and lower parts of the body), need maximum galvanising.

In conclusion, let’s come back to Sir Humphrey Davy, who tried to enhance the bottoms of wooden sea vessels with metal plates in the 19th century. It’s easy to assume that galvanised metal would be widely used in ship construction two hundred years later. Of course, it’s also used in the machine-tool industry, which provided the start for the triumphal applications of galvanising in many spheres of industry worldwide: the major part of galvanised metal is used during the production of lathes for various purposes.