Metinvest's “Front of Steel”: more than UAH 1.5 billion in aid for the country

Since the beginning of Russian invasion, Metinvest Group of Rinat Akhmetov and Vadym Novynskyi has focused its resources on supporting Ukraine and Ukrainians. Over the first 100 days of the war, Metinvest has allocated more than UAH 1.5 billion to help the Armed Forces of Ukraine, civilians and its employees. 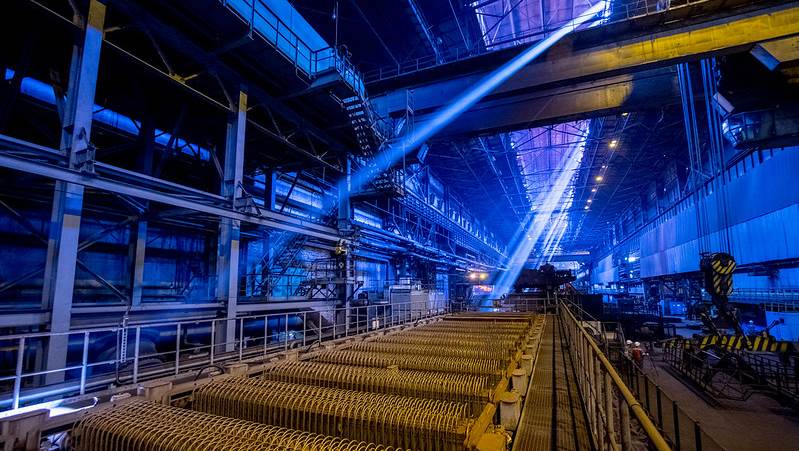 During the first days of the war, Metinvest and DTEK, together with the Rinat Akhmetov Foundation, initiated the Saving Lives humanitarian project. Since its founding, more than 3,000 tonnes of basic essentials have been supplied from Europe to distribution centres in Ukraine. They have been provided to almost 57,000 people – women, children and the elderly. Another 20,000 packages have been provided to the families of employees called up for military service and those families with many children. These goods are also used to create strategic stockpiles in the cities where the Group has operations. In addition to food supplies, Ukraine is also receiving medicines. In particular, medications worth EUR 238,000 have been delivered to medical institutions in Zaporizhzhia and Kamianske.

The Saving Lives project is now supported by almost 90 partners from Italy, Poland, the Netherlands, Spain, the US, the UK, Switzerland, Greece, the UAE, and other countries. As part of the project, the first strategic agreement was signed with Germany to provide aid to another 30,000 people.

Metinvest and the Rinat Akhmetov Foundation, in cooperation with the Ministry of Health, have deployed a healthcare programme in Zaporizhzhia, Kryvyi Rih, Kamianske, Pokrovsk, and Avdiivka. Municipal hospitals have received medicines, medical appliances and equipment worth more than UAH 60 million.

In all of the cities where the Group has operations, and there is currently no military action, Metinvest volunteers have set up humanitarian aid collection points and gathered more than 100,000 kilogrammes of clothing, footwear and basic essentials.

Furthermore, despite the war, the Group's steelmakers continue to provide oxygen to treat those affected by COVID-19. In particular, Zaporizhstal (a joint venture of the Group) and Kamet Steel have supplied more than 220 tonnes of oxygen to hospitals over the last three months.

Aid to the military

Gear that saves lives: Metinvest donates more than 100,000 armoured vests for the defenders of Ukraine. Some of the protective gear is made from certified special steel that is made in-house. The Group's enterprises have mastered the production of steel for armoured vests. They produce 20 tonnes of amour steel on a weekly basis, which is then used to make around 2,000 armoured vests.

Meanwhile, Metinvest has already supplied 500 sets of armoured vests and helmets to the National Guard of Ukraine.

Another 1,000 sets of special gear worth US$2.5 million, comprising lightweight armoured vests with ceramic plates, helmets and thermal imaging systems, have been delivered to the Defence Intelligence of the Ministry of Defence of Ukraine.

Ukrainian Ground Forces have received more than 60 drones and 50 sets of night vision systems and special helmets worth of UAH 10 million from Metinvest.

The Group's employees who defend Ukraine on the battlefield are among those for whom special protective gear has been manufactured and purchased. More than 2,000 mobilised employees from the enterprises in Kryvyi Rih, Kamianske, Zaporizhzhia, Pokrovsk and Avdiivka have received armoured vests and helmets.

Furthermore, the Group supports municipal employees who work in their communities. In particular, 200 armoured vests have been supplied to Pokrovsk. Another 80 helmets and armoured vests were handed over to rescue teams from the State Emergency Service of Ukraine and employees maintaining critical infrastructure in Avdiivka.

Moreover, the Group's enterprises, together with its partners, have made around 60,000 anti-tank hedgehogs and 20,000 spiked chains from Metinvest steel to protect against wheeled vehicles to support those defending the country. In addition, Metinvest is supplying road transportation vehicles and fuel at the request of the Armed Forces of Ukraine and the Territorial Defence Forces.

The Group has also supplied 20 tonnes of wire rod to make mobile bastions and around 3,000 tonnes of sand and crushed stone, as well as 2,400 reinforced concrete blocks and plates to make checkpoints and protect social infrastructure facilities.

Metinvest has supplied the military with 25,000 emergency military tourniquets and first aid kits to administer aid to wounded soldiers.

In this time of war, Metinvest is changing its approach to production and developing new logistics chains to support Ukraine's economy and provide jobs to Ukrainians. The Group's businesses continue to operate where it is safe for people, although not at full capacity.

In particular, Kamet Steel has been the only steel producer in the country working at full capacity. Despite difficulties, the enterprise is fulfilling 100% of its production targets. Kamianske has a coke plant that supplies coke to the steel plant to produce iron and steel. The delivery of finished products to customers outside of Ukraine remains the main challenge.

In April, they managed to de-mothball and partially resume production at Zaporizhstal, which was put on hold at the beginning of the war. Zaporizhstal is now working at 50% capacity. All of the equipment of the sinter plant is in operation. Two of the four blast furnaces are fully operational; hot metal production has totalled more than 225,000 tonnes since the equipment was partially de-mothballed. Currently, one smelting furnace is in operation; the volume of steel produced after production was resumed amounts to around 205,000 tonnes. New types of products are being developed here. For instance, the plant began to produce cold rolled, double-weight seamless coils. The first batch of 3,600 tonnes of coils has been shipped to construction companies.

The mining of raw materials and preparation of new coal faces continue according to plan at Metinvest Pokrovske Coal.

The Metinvest enterprises in Kryvyi Rih (Northern, Central and Ingulets GOKs) are operating at 40% of last year’s levels. The primary restricting factor is logistics and sales markets. Specialists are exploring various alternatives for utilising mining and beneficiation as well as maintenance, repair and other assets to their maximum capacity.

In order to protect the lives of employees who keep the production process running each day, Metinvest enterprises have arranged secure bomb shelters with sufficient water and supplies of long-life food. Shelters are equipped with communications systems and other necessary equipment.

From the start of the war, the two steel enterprises in Mariupol, Ilyich Steel and Azovstal, and later Avdiivka Coke Plant, have been mothballed and shut down. These facilities have been impacted by the hostilities. The Mariupol-based assets can only be restored after Ukraine prevails and the city has been liberated. Until the active phase of the Russian military aggression ends and reliable communication channels with the plants are re-established, it is not possible to assess the impact of the war on the Group’s plants. When such an assessment becomes possible, Metinvest will provide further updates on its plans to resume operations.

The whole world watched the story of the rescue of Mariupol civilians from bomb shelters at Azovstal. For more than two months, they lived under siege and constant enemy fire. In early May, employees and other people who had been hiding in the fortress plant were finally able to evacuate to the peaceful city of Zaporizhzhia. They were welcomed there by representatives of Metinvest and they received all necessary assistance.

Metinvest has developed an adaptation program for Group employees who have been evacuated from areas of Ukraine most directly affected by the hostilities, in particular, from Mariupol and Avdiivka.

Over 1,000 people have made use of the rehabilitation and reintegration centres that have been set up in Zaporizhzhia and Kamianske. Employees and their children can receive medical and psychological assistance at these centres. Metinvest’s enterprises in Zaporizhzhia, Kamianske, Kryvyi Rih and Pokrovsk are offering over 4,000 job vacancies and are helping people to learn new skills. Around 500 employees have found new jobs this way and have been paid UAH 10,000 in relocation allowances.

The Group has prepared more than 6,000 temporary accommodation places in Metinvest's social facilities to receive employees leaving combat areas. These places have everything that is needed to live: bed sheets, basic necessities and household appliances.

At the end of April, Metinvest Group also launched a Housing for Our Employees programme. The Group asked employees in the cities where it operates to offer space in their houses or apartments to displaced colleagues as temporary accommodation. To date, more than 150 employees have expressed their willingness to assist with housing.