Metinvest’s Steel Front: Over UAH1.9 Billion In Aid For Ukraine During Six Months Of War

NEWS
Metinvest, beneficially owned by Mr. Rinat Akhmetov and Mr. Vadym Novynskyi’s has spent over UAH1.9 billion in aid for Ukraine during six months of war. The Group has been holding the line through its Steel Front, supporting the army and civilians, ensuring the stability of the national economy, taking care of its team and providing humanitarian aid.

«For half of Ukraine’s history as an independent state, Metinvest has been there for Ukraine and has done everything in its power to make it thrive. The Group has invested money, resources and, most importantly, unfailing love. Now, as the country is going through its toughest times, we are not standing by idly; we are helping to bring victory closer. I thank our employees, the heroes of Steel Front, for this. I am convinced that together, we will win this war and will make Ukraine even stronger and more successful in the future» 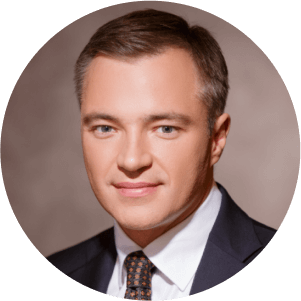 The defence forces have now received more than 21,000 helmets from Metinvest. The Group has also donated around 110,000 bulletproof vests, some of which have been purchased abroad. Others have been made using certified specialty steel produced in-house. Metinvest-SMC, the Group’s sales company, supplies specialty steel to make protective equipment for front-line vehicles.

Together with its partners, Metinvest has launched the production of other steel products to meet the military’s needs. For example, the troops have already received the first four special metal bunker-type shelters for the reinforcement of trenches. The structures have been produced at Metinvest’s JV in Zaporizhzhia.

The company has also handed over the first 6 tonnes of steel products for Ukrtransgas. This steel has already been used to manufacture and supply 80 outdoor stoves, 170 remote mine clearance devices and 120 mini-stoves made of sheet metal plates. In total, employees of Ukrtransgas plan to produce 5,000 items using a continuous supply of Metinvest steel. /

Aside from this, the Group provides a variety of tactical equipment to the troops. In particular, the Armed Forces of Ukraine have already received over 500 drones, 1,600 thermal imaging devices, 27,000 tourniquets and 500 first-aid kits from Metinvest.

The Group has supplied the defence forces with up to 500,000 litres of petrol and handed over more than 140 vehicles and pieces of heavy-duty machinery from its own fleet. Metinvest has also purchased 100 pickup trucks, jeeps and minivans for the Armed Forces of Ukraine and 20 ambulances for medics of the Defence Intelligence Corps.

For the construction of roadblocks and the reinforcement of social infrastructure, the Group has provided nearly 3,000 tonnes of sand and gravel, and 2,400 concrete blocks and slabs. It has also supplied steel for portable mini-bastions and other defensive structures. Nearly 76,000 anti-tank hedgehogs have been produced from Metinvest steel.

The Group’s Ukrainian businesses continue to operate where it is safe for people and economically sound.

Metinvest’s businesses in Kryvyi Rih – Ingulets GOK and Northern GOK – and the Southern GOK joint venture suspended ore mining in early July 2022. Since then, Northern GOK temporarily resumed operations at reduced capacity. Central GOK has operated without major shutdowns, albeit at reduced capacity. Until the time of the shutdowns, production was running at around 40% of the previous year’s level. Metinvest has engaged employees in repair and maintenance work and landscaping while maintaining their base pay.

The Zaporizhstal joint venture halted operations when the war started and then resumed them in early April. The facility currently operates at 50% of capacity, including a sinter plant, two of four blast furnaces and a steelmaking furnace. The plant has also launched a new product: double-weight seamless cold-rolled coils for construction applications.

Although Kamet Steel has not suspended operations, it has gradually reduced the number of blast furnaces in operation. In July, its steelmakers resumed the production of railcar axles, which were previously made from the billets of Azovstal, and launched the production of MP-4 shaped sections and round sections with diameters of 22 mm, 24 mm and 26 mm.

To protect the lives of employees who keep the production running, Metinvest’s enterprises have prepared bomb shelters. They have been stocked with water, non-perishable food and medicines. They have also been equipped with means of communication.

Regrettably, Azovstal and Ilyich Steel in Mariupol and Avdiivka Coke have suspended operations because of Russia’s invasion. The assets and city infrastructure have been shelled. Until the active phase of the Russian aggression comes to an end and Mariupol is de-occupied, it is impossible to fully assess the impact of the hostilities on these Group plants.

The fight against piracy by the Russian Federation, which is trying to ship 234,000 tonnes of the Group’s steel from Mariupol, is ongoing. Metinvest has been making every effort to stop piracy and bring those responsible and their accomplices to severe justice. In particular, the Group has requested that the Cabinet of Ministers impose sanctions against all those involved in this plundering.

For employees from Mariupol who have evacuated to Ukraine-controlled territory, as well as from Avdiivka who have travelled to villages behind the front line, Metinvest has provided temporary shelter for more than 6,000 people at its social facilities. Residents of the shelters are provided with hot meals, food and hygiene kits.

The Rehabilitation and Reintegration Centres continue to operate in Zaporizhzhia and Kamianske and have been approached by over 1,500 displaced persons. They offer employees and their families medical and psychological assistance, as well as consultations from specialists of the Metinvest Career Centre.

The Group has opened nearly 1,800 vacancies at its enterprises in Zaporizhzhia, Kryvyi Rih, Kamianske and Pokrovsk to provide jobs for employees from Mariupol and Avdiivka. They can also receive free training in the most sought-after trades and get a job afterwards. Employees willing to take training or become employed at Metinvest enterprises will receive substantial financial support from the Group through various forms of compensation, social benefits, humanitarian aid and guaranteed salary. To date, almost 1,000 displaced persons have found jobs at Metinvest enterprises.

The Group’s employees and their children also have the opportunity to study free of charge at Ukraine’s first private mining and metals university, Metinvest Polytechnic, where studies will start this autumn.

Psychologists of the Metinvest Together! service continue to support the company’s employees and their family members who are suffering from stress. Over a six-month period, more than 1,000 individual and group counselling sessions have been held.

The Housing for Our Employees corporate programme has been launched to help find housing for displaced people. The Group has encouraged employees to provide temporary accommodation to their colleagues while they search for permanent housing. All programme participants receive financial support from Metinvest.

During the early days of the war, Metinvest, in coordination with the Rinat Akhmetov Foundation, launched the Saving Lives project. Nearly 220,000 Ukrainians have already received assistance. They include residents of the occupied territories, vulnerable groups, families of Metinvest’s employees who have been mobilised and those eligible for benefits, as well as long-serving employees of the Group’s companies. The geography of assistance covers 37 communities in nine regions of Ukraine.

The project is supported by more than 100 companies from Germany, Italy, Poland, the Netherlands, Spain, the US, the UK, Switzerland, Greece, the UAE and other countries.

Apart from providing food and hygiene kits, the project also supports the healthcare sector. Since the beginning of the war, Ukrainian hospitals have received EUR240,000 worth of medicines, consumables and equipment, which will help more than 70,000 people.

A separate medical programme is being implemented by Metinvest and the Rinat Akhmetov Foundation. Essential supplies are provided to medical institutions in Zaporizhzhia, Kryvyi Rih, Kamianske, Pokrovsk and Avdiivka to treat wounded combatants and civilians.

The total amount of aid to medical professionals in the two projects exceeds UAH130 million.

Metinvest also continues to supply oxygen to treat COVID patients free of charge. Over a six-month period, more than 1,200 tonnes of oxygen have been supplied to hospitals in Ukraine.

The Vadym Novynskyi Charitable Foundation is implementing a major project to supply ambulances to regions close to the combat zones. Hospitals have now received more than 80 ambulances.

Metinvest continues to provide temporary accommodation for displaced people in Zaporizhzhia, Kryvyi Rih and Kamianske. In addition, the company has prepared accommodation for 850 people in six territorial communities in the Dnipropetrovsk and Kirovohrad regions.