Metinvest’s enterprises in Zaporizhzhia, Kamianske, Pokrovsk and Kryvyi Rih continue to make and ship products to Ukrainian and foreign customers at different capacity utilisation levels. Output in Avdiivka has been halted because of the hostilities. In turn, due to the military aggression and occupation of Mariupol by Russia, the Group can no longer continue production at its assets in the city. 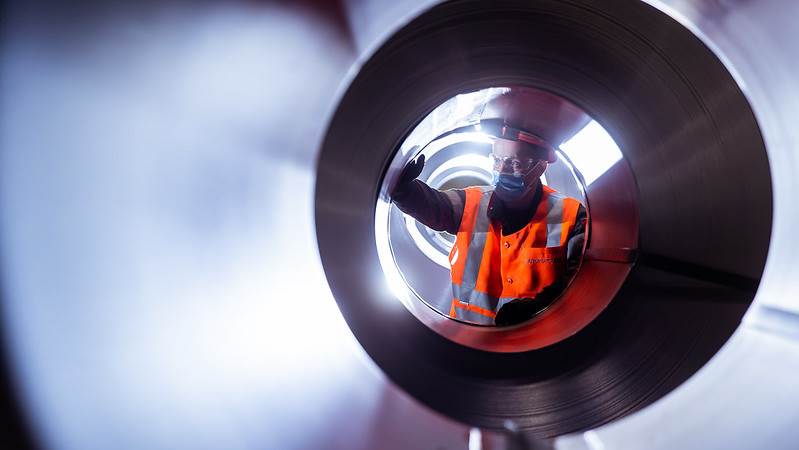 Situation at the Group’s enterprises in operation

The Group’s enterprises in Zaporizhzhia, Kamianske, Pokrovsk and Kryvyi Rih continue to work within Ukraine’s legal framework and on territory controlled by the Ukrainian government. These are the Pokrovske Coal* (Pokrovsk, Donetsk region), Unisteel and the Ingulets, Northern and Central GOKs (Kryvyi Rih, Dnipropetrovsk region), Kamet Steel (Kamianske, Dnipropetrovsk region) and Zaporizhstal, which is classified as a joint venture (Zaporizhzhia, Zaporizhzhia region). All continue to work at different utilisation levels, based on safety, logistical and economic factors. Their products are available for sale on Ukrainian and foreign markets.

Production in Avdiivka has been temporarily halted for employee safety reasons and because of hostilities not far from the city.

Production at the Group’s enterprises in Mariupol has been suspended since 24 February 2022 because of the Russian military aggression. As the city is occupied, Metinvest cannot continue production at its entities there, namely Azovstal, Ilyich Steel, Mariupol Machining and Repair Plant and the Mariupol branch of Metinvest-Promservice. Control over them and production can be restored only if the occupation ends and the city is returned to the Ukrainian government. In addition, a detailed review of the technical condition of the Group’s assets in Mariupol and appropriate repair work will be necessary.

Labour relations with employees of these enterprises are regulated within the framework of Ukrainian legislation. They have been offered employment options at other Group enterprises, particularly in Zaporizhzhia, Kryvyi Rih, Kamianske and Pokrovsk.

The fight against theft by Russia, which is trying to ship 234,000 tonnes of Metinvest’s steel from Mariupol, is ongoing. The Group has been making every effort to end the piracy and bring those responsible and their accomplices to justice.

At the same time, warehouses and distribution centres of Metinvest in Ukraine and other European countries still have steel products made by the Group’s enterprises in Mariupol before 24 February 2022. These products, with appropriate labelling and documentation, are available for sale.

*PJSC “METINVEST POKROVSKCOAL”. The company was established in 2021 as part of METINVEST Group. It coordinates all coal subdivisions and consolidates non-production functions of the enterprises, including PJSC "COLLIERY GROUP "POKROVS'KE" and LLC "CONCENTRATING FACTORY "SVIATO-VARVARYNSKA".