Blog
The Eiffel Tower is located in the centre of Paris and is one of the most prominent metal structures in the world. The strict lines of its wrought-iron lattice are recognisable from any angle and at any time of the year. Today, it would be impossible to imagine the capital of France without the work of Gustave Eiffel. However, that has not always been the case. Indeed, the Iron Lady – a name derived from the tower’s local nickname, La Dame de Fer – was not initially intended to remain standing until today.

Below, we have gathered seven unique facts to reveal some of the Eiffel Tower’s secrets, including one about the material from which it was made, and will describe the peculiarities of its structure.

The history of the Eiffel Tower

The construction of this symbol of Paris began in 1887. The tower was originally intended to serve as the entrance to the 1889 World’s Fair.

The design was selected from among 107 competing projects, most of which were also in the form of a tower. While its creation is attributed to Gustave Eiffel, an architect and engineer who rose to prominence through his ability to work with metal structures, it actually was developed by employees of his company. He acted as the project manager and ultimately patented the structure under his name. Eiffel also partly financed the construction. The rest of the money was provided by the municipality and three banks in the expectation that the facility would attract paying visitors. The construction of the Eiffel Tower took about two years. The investments were recouped before the close of the exhibition, which lasted from May to October. Two million people visited the tower during those six months.

Material for the Iron Lady

The Eiffel Tower’s main structural material is not steel in its modern sense, but puddled or welded iron. Puddling is an obsolete method of processing hot metal into soft low-carbon iron without contact with fuel. At the exit of the furnace, the molten metal was processed by flatting. This material features decent weldability, high ductility and low impurities. 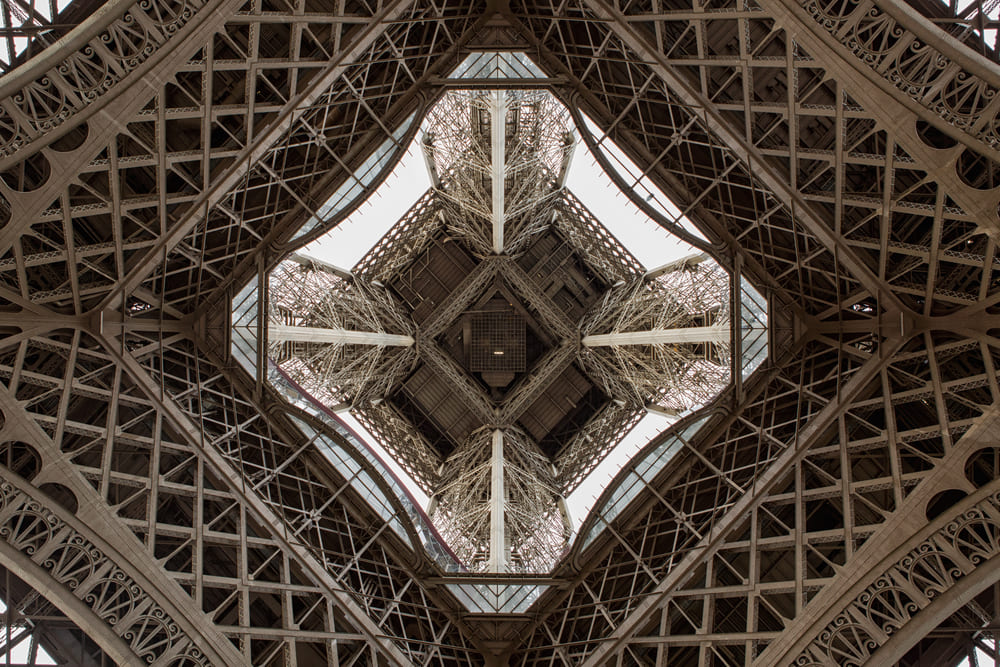 This method of hot metal processing was superseded by more modern technologies at the beginning of the twentieth century.

Height and weight of the Eiffel Tower

The height of the Eiffel Tower at the time of its construction was about 300 metres. For a long time, it remained the highest object on Earth. It was not until 1930 that it was surpassed by New York City’s Chrysler Building.

Today, with the antennas installed, the height of the tower is 324 metres.

Shapes of the French beauty 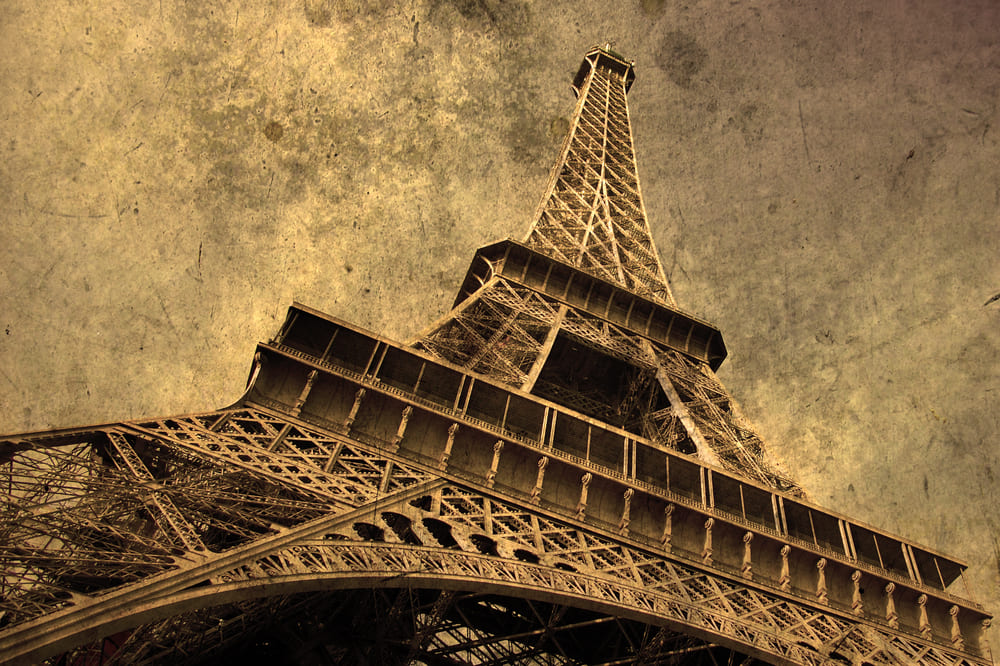 To account for the impact of wind on what was then the tallest structure in the world – it is much stronger at that height than closer to the ground – the project’s designers made changes that affected the aesthetics.

Difficult fate of the Eiffel Tower

When the tower was built, it was planned to be dismantled 20 years after the end of the World’s Fair. At the beginning of the twentieth century, radio was booming, so radio antennas were installed on the Eiffel Tower that were actively used for a long time. Even though many famous residents of Paris were fierce critics of this iron structure, it stood untouched.

During the last century, the Eiffel Tower was nearly scrapped several times. The most famous cases involve a con artist named Victor Lustig. In 1925, he sold the Iron Lady twice using fake documents. One of his attempts at fraud worked. Taking advantage of a newspaper announcement that the tower was dilapidated and could pose a threat to Parisians, Lustig conducted a closed tender among metallurgical magnates. One of them paid a tidy sum and did not immediately realise that he had been cheated. The second attempt was unsuccessful. 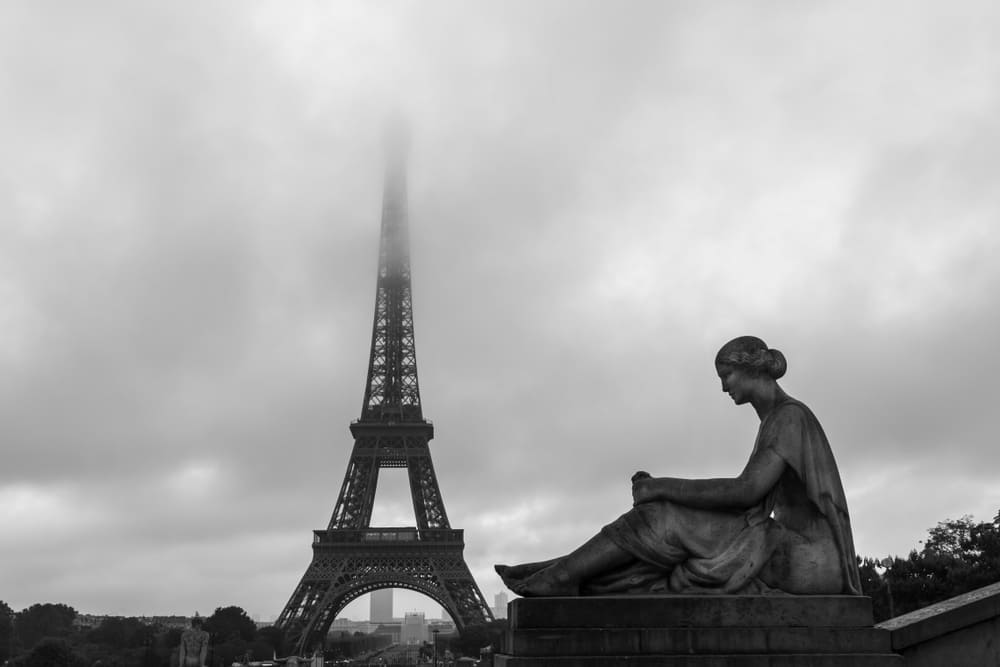 In 1960, a man from the UK decided to repeat Lustig’s fraud by selling the tower to a company from the Netherlands. While he was caught and imprisoned, the unsuccessful buyers never saw their money again.

Protecting the Iron Lady from corrosion

Another sensational fraud involving the Eiffel Tower is related not to dismantling it, but rather to extending its lifetime. In 1954, an entrepreneur received a loan to buy 50 tonnes of paint to protect the tower from corrosion. He disappeared with the money.

In fact, this symbol of Paris is treated with a special paint once every seven years. This frequency was recommended by Gustave Eiffel himself. It takes 57 tonnes of paint to protect the full 250,000 square metre surface of the Iron Lady.

While the tower’s appearance has changed several times in the past, since 1968 it has worn its signature colour: Eiffel Tower Brown. Chosen for its harmony with the cityscape, the paint is applied in three tints: the darkest at the bottom, the lightest at the top.

If the tower was made of steel…

Metallurgical technologies have improved dramatically in the more than 100 years that have passed since the Eiffel Tower was built. If a similar tower were built today, it would have many structural differences while maintaining its appearance. The main thing is weight.

Now there are grades of steel that would make it possible to build a much lighter structure. After all, steel smelted in oxygen converters or electric arc furnaces is more than twice as strong as puddling iron. 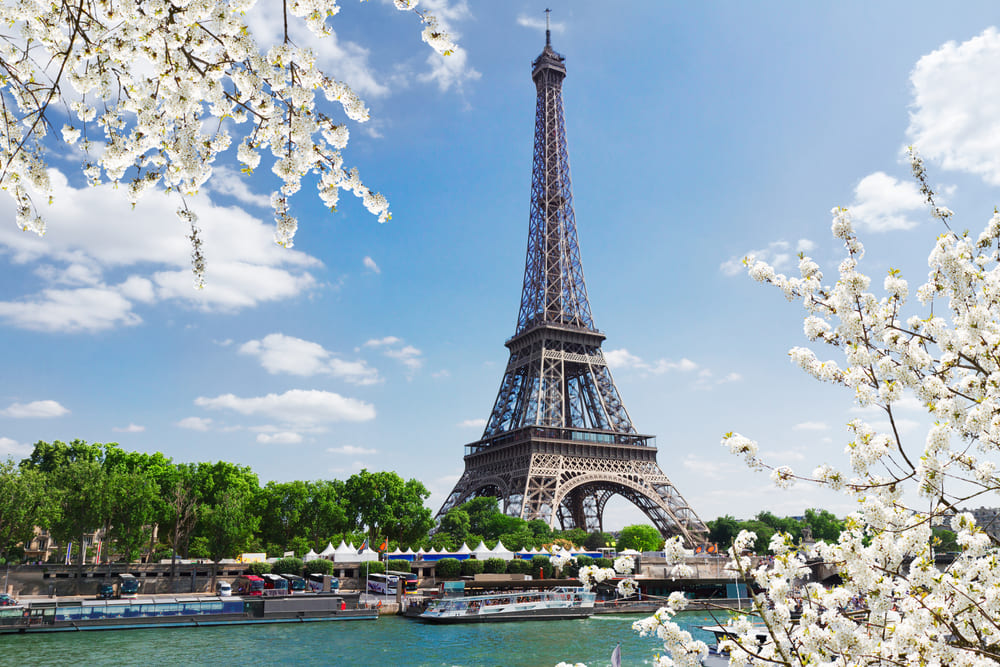 It is estimated that the mass of a similar structure could be reduced by 4,000 tonnes. This would make a modern Eiffel Tower weigh about 3,300 tonnes while maintaining its full strength. In addition, the rivets would probably be replaced by electric welding.

This is far from a full list of the interesting facts about the Eiffel Tower. Built as a temporary structure, it has been one of the most recognisable symbols of Paris and France for over 100 years. It is a highly popular attraction for tourists from around the world. In 2017, the total number of people who have visited the tower since it was built exceeded 300 million. Each year, it attracts more than 6 million tourists. In 2020, the administration of the Iron Lady announced plans to launch a third elevator, which would increase the number of visitors to as many as 7.5 million a year.