The Use of Metal in Aircraft Construction: Steel, Aluminium and Composites

Blog
Metal parts are important components of a modern aircraft. In the more than 100 years that airplanes have been built, they have come a long way in terms of materials, evolving from the wooden apparatus of the Wright brothers to today’s jets built of modern composite materials.

Over the years, when selecting aircraft materials, designers and aircraft manufacturers have taken into account multiple factors. ranging from functional requirements, to minimising production and maintenance costs. However, the main "engine of progress" was the desire by developers to reduce the weight of their reliable metal machines. A reduction in this parameter is a factor governing the level of safety for pilots, passengers, cargo and the aircraft itself, its performance, optimal fuel consumption and flight range. Today, the modern engineering concept is focused on expanding the use of composites in aerospace engineering. These materials provide an ideal balance between aircraft weight and resistance to fatigue and corrosion, while, at the same time, reducing maintenance costs.

Aircraft made of steel

How to make metal fly? The pioneers of aircraft construction have been passionately debating on this topic since the Wright brothers plane first flew in 1903. It was very lightweight: made of wood, fabric and a small amount of steel wire. As a result, the aircraft designers of the early 20th century did not believe it was possible to get a reliable, but heavy, metal apparatus off the ground (either in terms of finance or technically). One person stood out among the doubters. German engineer Hugo Junkers probably had somehow managed to get a glimpse into the future. He realised that soon, it would not just be the military or sporting enthusiasts wanting to fly airplanes. The post-war era of mass civil and cargo air transportation were yet to come. The new applications required completely different materials for aircraft manufacturing.

The legendary aircraft J1, which contemporaries jokingly dubbed ‘Blechesel’ (‘tin donkey’) launched a revolution in the aviation industry. It was the first aircraft in history that was entirely made of metal parts and not just designed and built that way, but also capable of taking off. Initially, Hugo Junkers tried to wheedle the budget out of the German War Ministry, but they considered the idea to be a failure.

Therefore, the developer invested his own funds in the project. These were proceeds from the operation of a company selling gas columns. This is how housewives indirectly financed an evolutionary leap in the development of aviation. However, over time, the military became interested in the Junkers J1 and, in 1915, representatives came to the flight tests of the aircraft. Its metal body caused scepticism: the ministry representatives were sure that the plane would not be able to take off. The gentle ground roll of the J1 on the runway (indistinguishable from the movements of its wooden predecessors) created a sensation among the audience. 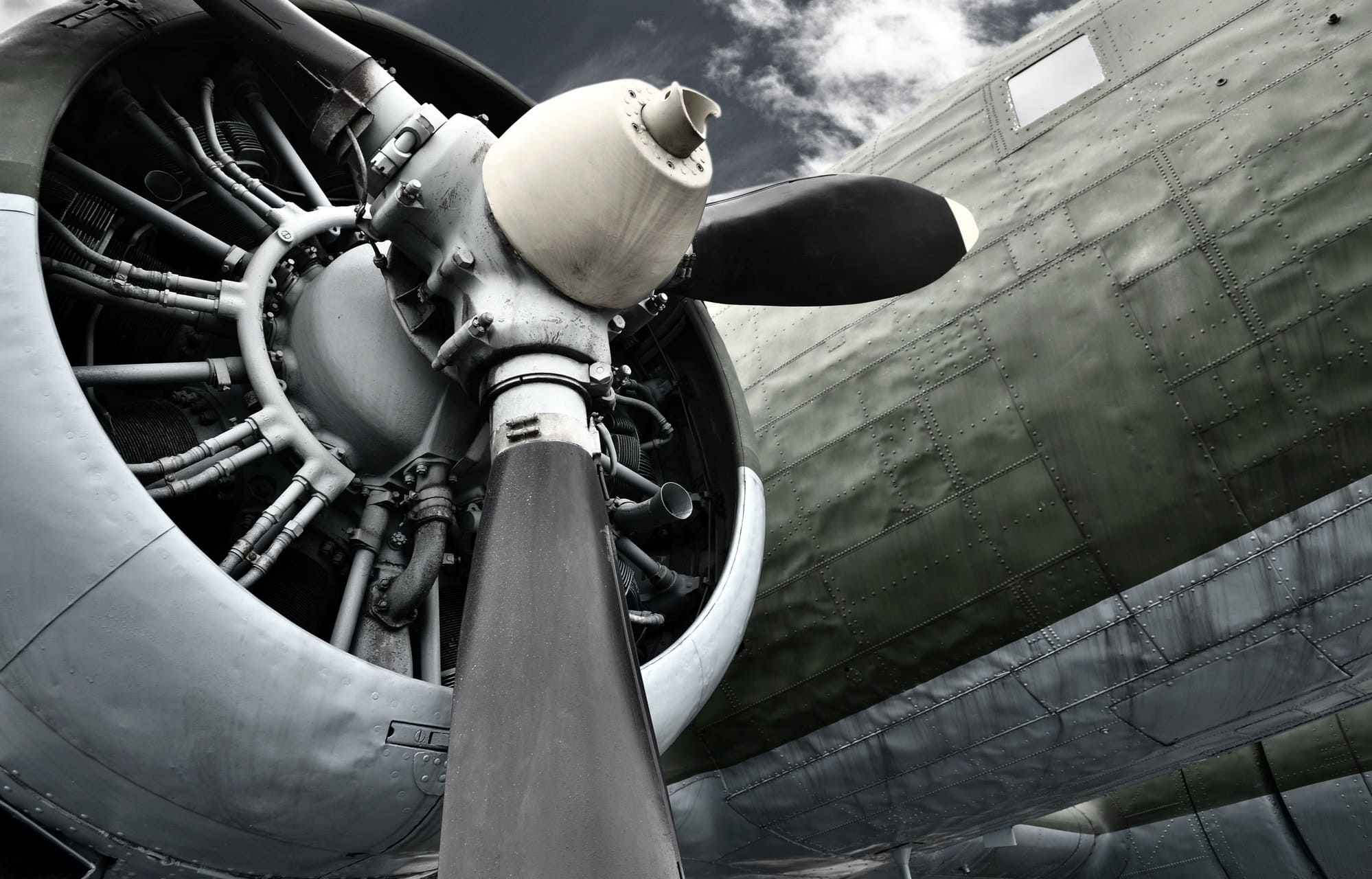 The plane got off the airstrip, took to the air, turned around, made the approach and landed safely. The J1 remained experimental: the representatives of the military quibbled over the take-off speed, manoeuvring ability and payload. These indicators were insufficient for their tasks. In fact, aviation steel, did turn out to be too heavy a metal for aircraft. The Junkers' monoplane flew with difficulty. Having a take-off weight of more than one tonne, it could only take on board cargo weighing 110 kg. Nevertheless, the Junkers’ revolutionary breakthrough put the aircraft industry on the path of an evolution in materials. This path continues to the present day.

As for the Soviet aviation industry, the USSR produced a rather large family of aircraft called the ’Stal’, which were used as transport and postal delivery aircraft. In general, Soviet designers and aviators faced the same problems as their German counterparts. In addition, in the 1920s and 30s, when the world had already started mass production of aircraft made of aluminium (discussed below), the USSR had problems producing the raw materials domestically. Therefore, in order to avoid an excessive dependence on imports, the Soviets produced planes from aircraft-quality steel for a relatively long time, up to the mid-1930s.

Today, aircraft engineers value steel for its durability, hardness and resistance to high temperatures. Such properties make this metal a perfect material for the manufacturing of the chassis, some aircraft skin, hinges, cables, fasteners and other parts. Typically, steel makes up 11-13% of all materials used in the production of modern aircraft.

Planes made of aluminium

Let's get back to Hugo Junkers. In order to meet the needs of the Defence Ministry, the German aircraft designer focused on aluminium, which is a light and durable material. Over the following years, Junkers and Co built an entire line of military aircraft. They were ground attack and fighter planes that delivered an excellent performance during the military campaigns of the Second World War, and were unfortunately used against the USSR and the other Allies. The laurel wreath in civil aviation went to the legendary F13. Mass-production of this plane, the world's first aluminium passenger aircraft, was launched in 1919 and it was operation around the world for many years.

Similar to Hugo Junkers, on the other side of the ocean, American Henry Ford also worked in this direction and became the father, not only for the famous car brand, but also of the Ford Trimotor aircraft in 1925. (These pioneers even went to court to dispute the authorship of concepts used in the engineering of the aircraft). The Douglas DC-3 model released by the Douglas Aircraft Company in America in 1935 also deserves mention. This passenger-friendly, fast, convenient and reliably operating aircraft is still used by airlines around the world, which is a compelling proof of how reliable aluminium-made aircraft can be. This material and planes made of it launched the era of intercity passenger aviation.

Aluminium and its alloys are still very popular raw materials for the manufacturing of commercial aircraft, due to their high strength at relatively low density. Currently, high-strength alloy 7075, which contains copper, magnesium and zinc, is the one used predominantly in the aircraft industry. In this case, aluminium parts make up 80% of the aircraft’s weight. Notably, due to its anti-corrosion properties, parts of aluminium may remain unpainted. However, at high temperatures, aluminium loses its strength, so it’s not used in its pure state for the manufacturing of the aircraft skin. 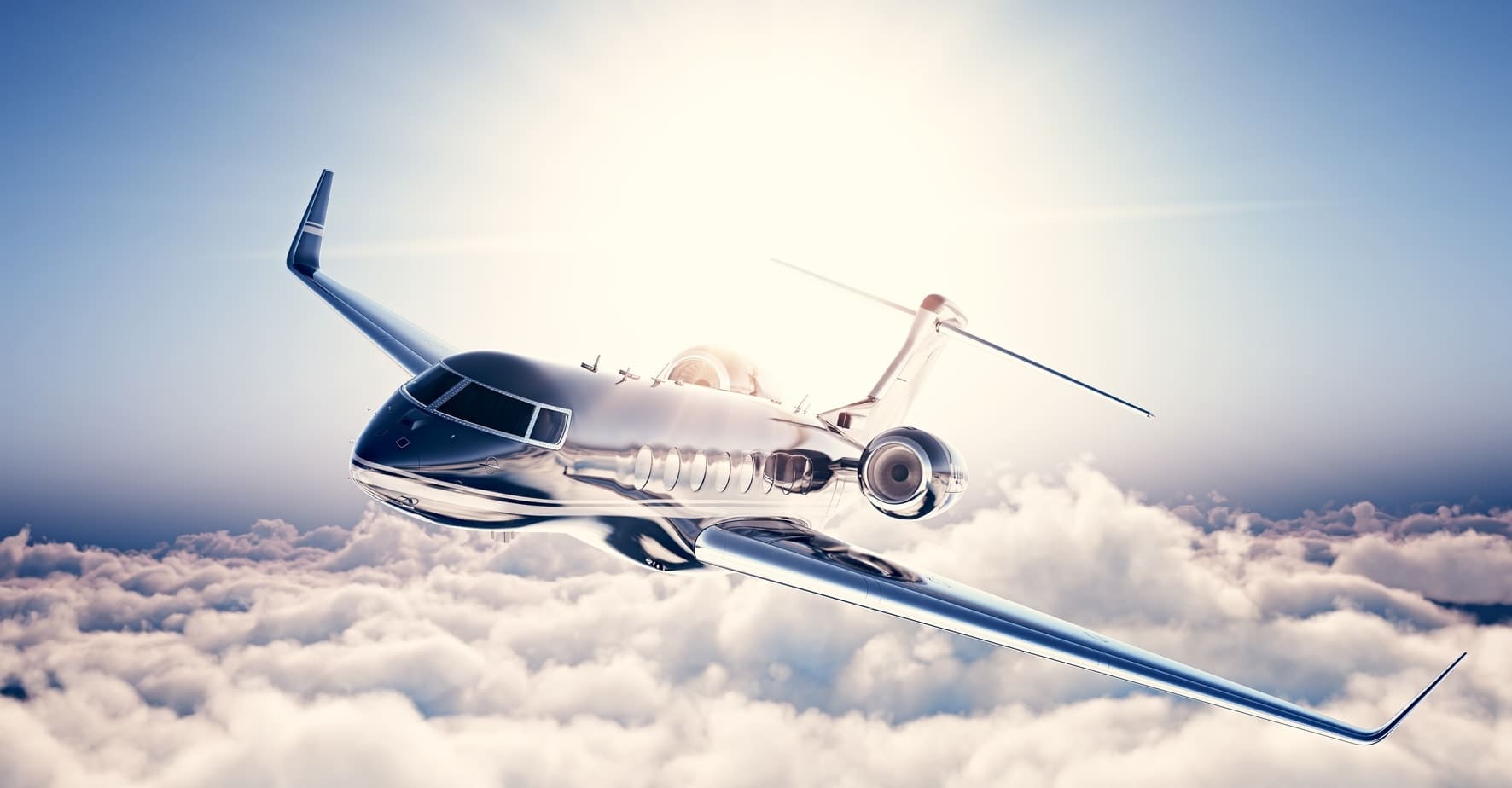 Planes made of composite materials

The aviation industry, meanwhile, entered an era of development and implementation of artificially created composite materials, and we can still witness this today. The basis of the composition are fibres of steel, glass, graphite, thread-like crystals of aluminium oxide, iron, etc. The materials matrix is made either of metal alloys (here again aluminium, titanium and magnesium) or of synthetic resins, such as epoxy or polyester. After combining the base and matrix via pressing, casting or another method, the composite material not only obtains the properties of its constituent elements, but also acquires completely new characteristics that win the favour of aircraft designers.

For example, the weight of composite parts makes up roughly one fifth of the weight of exactly the same parts made of aluminium. At the same time, the composites have the edge over the latter in terms of operational performance, as they have higher strength and flexibility. Moreover, the modern composite materials are non-toxic, so products made out of them do not require any additional care.

The composites are very widely used in the aviation industry: in the manufacturing of parts and engines bearing high loads. For example, looking at the share of composite materials used in Boeing planes, we can see that in the earliest models this share was about 5%. Now, the share of composites in the total weight of the aircraft made by the company can reach up to 50%. Moreover, the company conducts innovative experiments with metals, creating new composites with unique properties. For example, a microlattice made of nickel and phosphorus is listed in the Guinness Book of Records as the lightest metal in the world (its weight is 100 times less than that of Styrofoam). It is believed that, in the future, this microlattice could be used to manufacture both artificial lungs and aircraft wings.

The results of such experiments, at first glance, appear esoteric. Nevertheless, they do have practical importance. On one hand, materials used in the aircraft industry should have an extensive set of properties and characteristics. On the other hand, their price should not be sky-high. As we can see, there are not so many natural raw materials that meet these requirements. Therefore, the search for new composites is ongoing, and good old steel and aluminium keep winning over the sky, no matter how unbelievable it might have seemed just 100 years ago.