Yuriy Ryzhenkov in an interview on Sky News: 'We should get all the compensation for the damages from the Russians and reinvest it in the Ukrainian plants to restore them to operations'

In an interview on Sky News' Ian King Live in the UK, Yuriy Ryzhenkov talked about how the company is helping Ukraine defend itself against Russia's attacks. He also shared the latest news about the current operations of the Group's enterprises and presented an 'Azovstal. A Symbol of Perseverance' steel bracelet, which is a joint project with the presidential charity platform UNITED24, designed to raise funds for the Ukrainian armed forces. Metinvest's participation in the project is a part of Rinat Akhmetov's military initiative Steel Front. 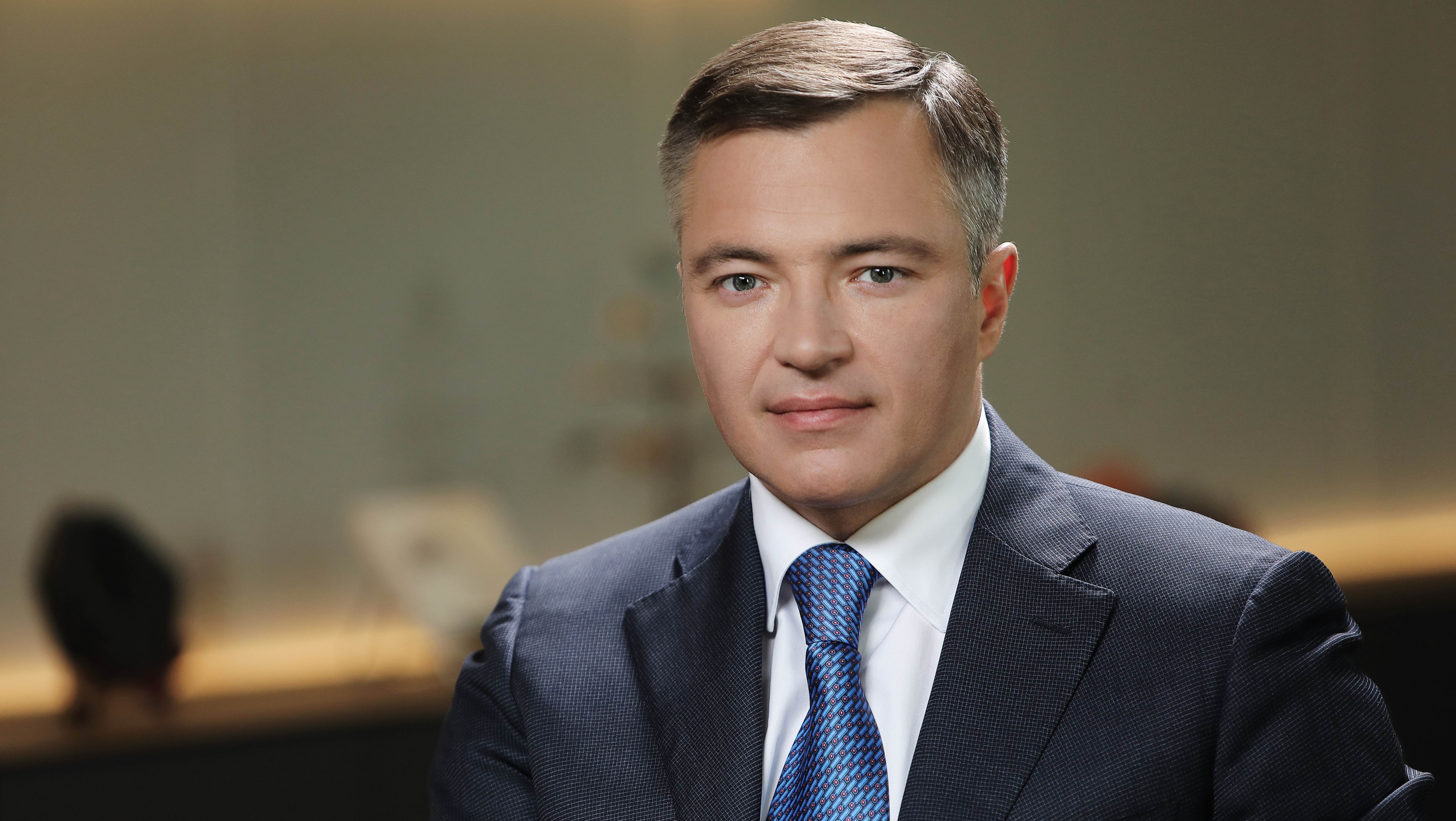 - From the first days of this full-scale invasion, both of our shareholders (Rinat Akhmetov and Vadym Novynskyi, - editor) decided that the company should fully support the Ukrainian armed forces. So, apart from just using our equipment to build the defense line, we designed new ways to produce armored steel, which is now used in the bulletproof vests. We have supplied more than 150 000 bullet proof vests to the Ukrainian army and territorial defense. We also developed new mobile steel bunkers that can be used in the field to keep the soldiers warm and protected from the shelling.

Apart from that, we’ve also been buying and supplying the army with trucks, armored vehicles, thermal imaging equipment, radios and so on.   Lots of machinery and equipment, which are needed by Ukrainian defenders in the field.

- Most people in the UK know of the Azovstal plant in Mariupol but you do have other sites across Ukraine including one in Zaporizhzhia. How are they operating right now?

- We have two steel mills in Ukraine. One in Zaporizhzhia, the other - in Kamianske. They are both operating right now, we are operating at about 50 to 60% capacity. That being said, we have the capacity to make those armored plates, steel bunkers, etc.

- And how about your non-Ukrainian operations? How have those been trading?

- They’ve had some disruptions in the beginning, mainly because they were relying on semi-finished goods from Azovstal to run. Since then, we’ve diversified the sources of semi-finished goods we are using. For example, here in the UK we have slabs that are being supplied by British Steel now, Thyssenkrupp. In Italy, it’s ADI. We found various suppliers that can provide us with necessary volumes.

- So, the industry has been quite supportive where it can be?

- Well, we are all in the same boat here. And the steel industry is very - I’m not saying friendly, it’s as competitive as it can be - but when it comes to support, and we are all colleagues, we understand how we can support each other in the industry.

-  Mariupol remains under the Russian occupation, how difficult is it to get a handle on what is going on on the ground?

- We know very little of what is happening in Mariupol right now. There are still quite a lot of people there, but there is very little that they can say about what is going on in the city. From what I understand, the power supply is unstable, there is no water, there is no heating, it’s a humanitarian tragedy right now in the city.

- And I gather there are companies seeking compensation from the Russian government through the international courts?

- Absolutely! We are pretty sure that we should get all the compensation for the damages from the Russians and reinvest it in the Ukrainian plants to restore them to operations.

- And in the meantime, you are selling bracelets (together with United 24 and other partners, - editor), which contain steel from the last production run at Azovstal? Let’s have a look.

- Yes, that’s true. I have one in here. It’s not a commercial. This is the bracelet from Azovstal. That’s what it looks like.  It’s got the Ukrainian coat of arms engraved there. I’m saying this is the most valuable piece of steel in the world, cause it’s from the last batch of Azovstal. We joined with the presidential initiative UNITED24 and Sova jeweler that produced those bracelets. So, the jewelers obviously produced the bracelets, we provided the steel, and the New Post distributed them throughout Ukraine. And the proceeds from that were used by UNITED24 to support the Ukrainian armed forces. The first few batches were sold to buy drones for the army, and they are already at the frontline.

- So how much of the steel made at Azovstal previously found its way to the UK?

- I’m sure that any UK citizen has seen the works of Azovstal. If you look at the buildings behind you (the studio, where the interview took place, - editor), all of them have at least 50 or 60% of Azovstal steel in them, including the Walkie-talkie building, the Shard building, all of them have Azovstal steel. In reality, even outside of the UK, quite a lot of people know what Azovstal is. Well, it’s a tragedy that Azovstal became known to the world when it was destroyed, when it became a fortress. There are a lot of landmarks made from the steel of Azovstal when it was in operations. For example, the Panama Canal doors - they are made of Azovstal steel, just like most of the cruise ships on the Mediterranean. The safe confinement over Chernobyl is Azovstal. So, there were a lot of applications, which were done by that mill.