How did Iberian armourers in the 2nd century AD test their swords and sickle blades? Ancient Greek engineer and mathematician Philo of Byzantium recorded one of the methods. The weapon was laid flat on a person’s head and bent down at both ends until it touched the shoulders. The tester then let go and, if the steel was flawless, it reverted to its original shape. Even the most highly skilled craftsmen of the time admired these swords for their flexibility and strength.

These blades (or falcatas, as they were then known) were forged individually due to the complexity of the production process. Flexibility was achieved by altering the metal’s carbon content. Researchers believe that at the cutting edge, where the steel needed to be hard, the carbon content was highest at 0.4%, while in the middle of the blade it was 0%. This allowed the blade to be both hard and flexible. However, it took time to master this method of forging steel for bladed weapons.

Hardening steel in the middle ages: from copper to iron

Copper was the first metal used for making swords and knives. It is a fairly soft metal, and is poor at retaining its shape and the sharpness of its cutting edge. As such, it was soon alloyed with tin to make bronze, which was stronger. However, these weapons were still not perfect and were expensive, leading the smiths to seek alternatives.

Forging steel was developed later. Why? Firstly, copper and bronze are well suited to cold-forging, while iron needs to be red-hot. Second was the question of where to find the raw materials. In Japan, for example, the iron age began only in the 7th century AD, as the land contained few metal resources. In Europe, where iron-ore deposits were discovered in the years BCE, it began much earlier. Iron began to be used in weapons in Asia in the 12th century AD.

How swords were made from iron

What is steel? It is an alloy of iron and carbon, which allows it to be hardened.

Sword steel is forged at temperatures of 850°С to 1,300°C. Today, the temperature and hardening time can be controlled automatically, but how was this done in antiquity? Perhaps surprisingly, the temperature was determined visually by observing the colour of the metal’s glow. 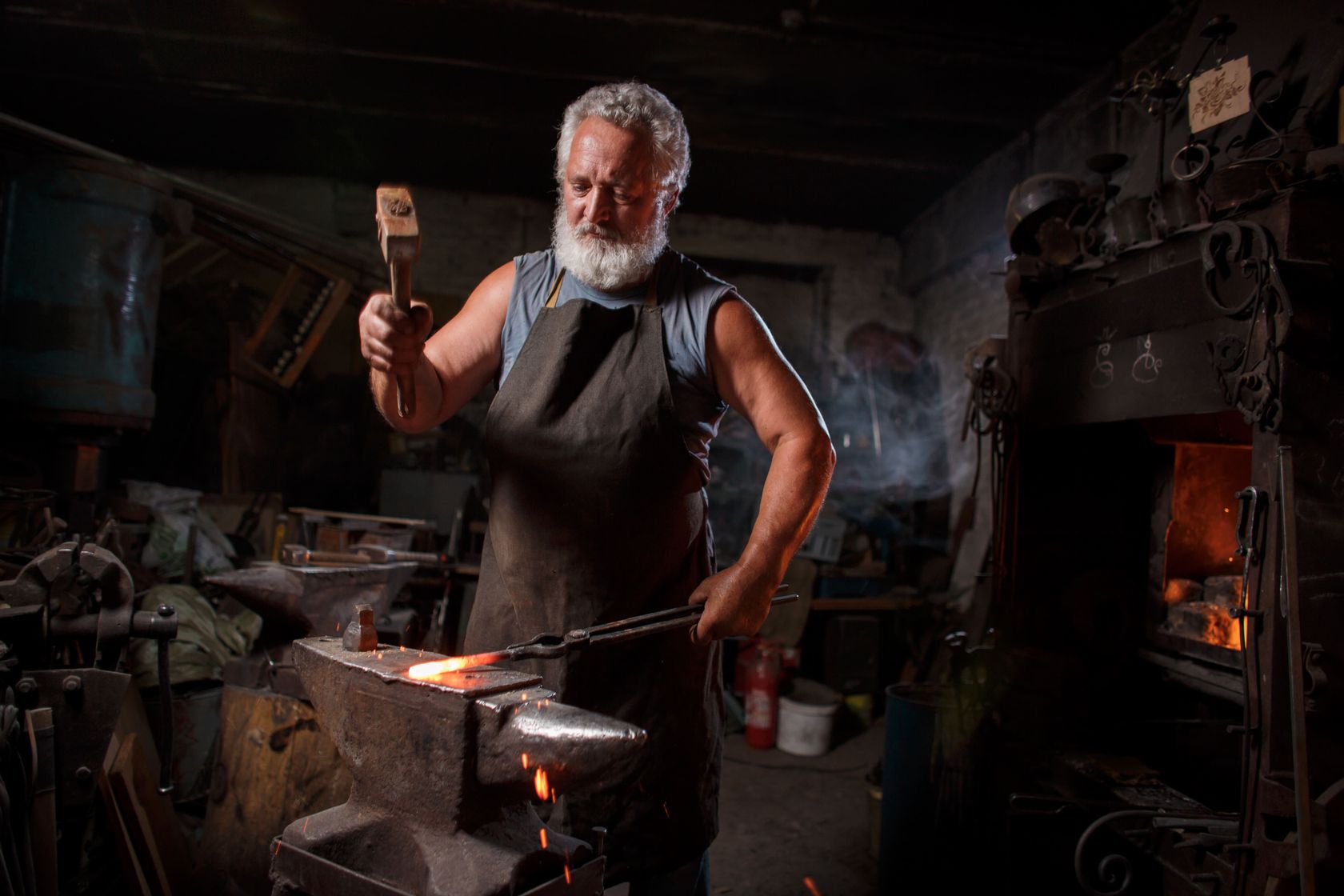 For example, a cherry-coloured shade signals a melting temperature for the steel of 800°С, dark yellow signals over 1,000°С, and bright white indicates 1,250°С.

The craftsmen also monitored the metal’s tempering temperature, which also had its nuances and specific colours. The composition of sword steel varied through the ages.

Later, smiths began adding various elements to swords and sabres, such as chrome, molybdenum, vanadium, cobalt, tungsten and nickel. These improve the properties of the finished product and the texture of the weapon steel, and the blade is harder and stronger.

Chrome makes steel resistant to corrosion, molybdenum prevents brittleness, vanadium increases strength, and cobalt improves the cutting quality. The main task when making alloys is to find the ideal combination of elements. Today, we possess this knowledge, while smiths of former ages learned to forge the perfect weapon by trial and error.

They observed how the steel reacts to temperature changes while the blade is being forged. Heating and then cooling slowly results in a soft metal, while rapid cooling by submerging in cold water increases hardness. If it is not hardened sufficiently, it will break. If that sounds difficult, the reality was even more so.

Damascus and its steel: a history of blade-making

Many have heard of Damascus steel and the sword made from it. These weapons have been legendary for centuries, while the blade-forging methods were kept secret. However, the question is where did the early metallurgists, without modern knowledge, get the idea to join layers of soft and hard steel to make these blades? And what was the result? Well, it was something of a metal sandwich. The metal was forged, folded and forged again until there were 1,000 layers or more. The resulting blade was both hard and flexible. The blade was then burnished, revealing the stroke marks so characteristic of Damascus steel that resulted from the multi-layering. It was beautiful indeed. 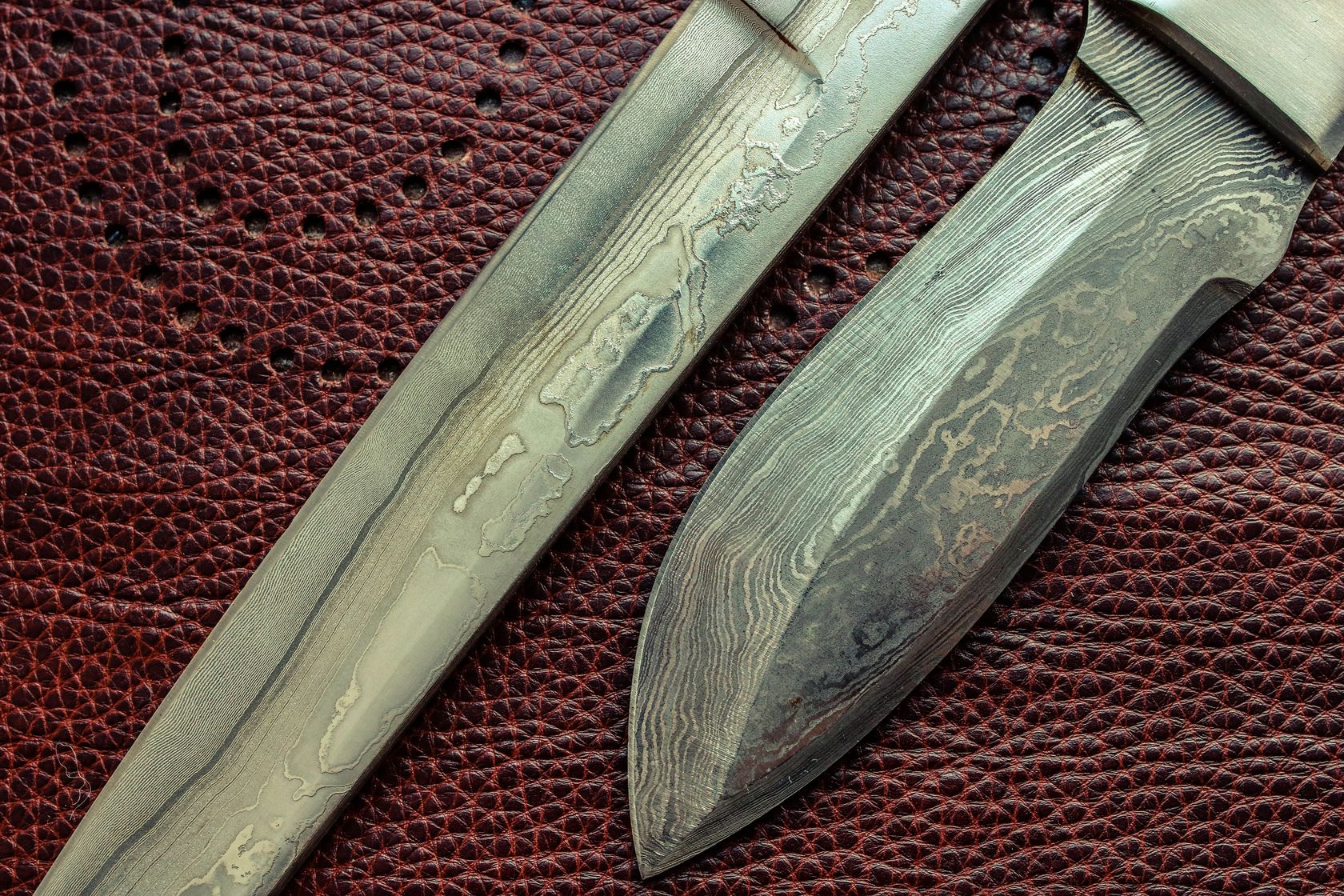 Damascus steel was made differently from others, being based on high-carbon steel. It was practically cast iron that retained its forgeability. While it was molten, pieces of low-carbon metal were added, which, when cooled, gave the weapon excellent cutting properties.

Steel weapons such as swords, blades and knives have been made for thousands of years. The methods have been perfected, and today’s metallurgists have developed so-called powdered high carbon alloy steel. This is used primarily to make military, fishing and hunting knives. They are in demand as they are very sharp and retain their sharpness well. Another advantage is that weapon metal is easy to work with and does not leave waste, as any remnants can be turned back into powder and re-used.

Modern metallurgy is aiming to achieve zero waste products and clean production. Weapons do not have any miraculous power: on the contrary, they have the power to kill, but swords, blades and knives should not be viewed exclusively in this context. The evolution of weapons is inextricably linked to metallurgical progress. Where did it begin? With malleable copper, which with one forging gave a thin, sharp edge. And where has this led? To chemical elements being added, to powdered steel, and to production optimisation and automation. And what does the future hold? Certainly, metallurgists can surprise us; the question is not when, but how.