Suits of steel: from knights’ armour to smart work clothes

Blog
From traditional metal buttons to futuristic military exoskeletons, which came to the real world from the pages of comics. From the brigandines of medieval dandies to modern fire-resistant clothing for hot work areas.

Steel suits have come a long way, and despite a brief retreat caused by a “firearm”, they are again conquering the battlefields and becoming widely used in cutting-edge operations.

Ancestors of skins and cotton wool

The first armour that existed covered the backs of warriors. For the Germanic tribes who attacked the Roman Empire, it was not considered shameful to escape battle. They protected their chests by dodging, while covering their backs, which became vulnerable when fleeing, with thick animal skins over the shoulders. Soldiers of ancient Egypt and Greece wore multi-layer glued and quilted clothes as armour. Mexican Aztecs faced the conquistadors in quilted wadded coats a couple of fingers thick. In turn, the Spanish borrowed the idea from the Mexicans. In medieval Europe, such protective clothing was widely used up to the 16th century. The famous Caucasian felt cloak also began life as armour. Made of wool using felting technology, it was invulnerable against steel sabres, arrows and even some types of bullets.

Another ancient idea for protective clothing was borrowed from animals. The scaled skin of pangolins was widely used as armour by Indian noble warriors, the Rajputs. They began to replicate a scaly body made of copper back in ancient Mesopotamia, then they began to use brass and later steel. Easy to manufacture and highly durable, steel scale armour became most popular among warriors of East and West. To make the scales, small steel plates were forged and attached with an overlap. Due to their small size, the scales would not break, and it was impossible to cut or pierce them.

Not all armour was made of steel, however. For example, the equally common chain mail and brigandine were usually made of iron. Chain mail armour is believed to have been invented by the Celts. The two oldest examples in the world were found in Romania and date back to the third century BC. At first, chain mail armour looked much like a long T-shirt with short sleeves. Later, the sleeves became long and the “T-shirt” was supplemented with chain mail stockings and a hood. Now completely covering the body, the armour was called haubergeon.

Mail armour was made using a wire drawing device. Wire was cut into rings, which were then riveted and, with time, welded. Experts still debate about the degree of protection that chain mail provided. The truth is that wire can be drawn only from relatively soft and malleable iron, hence why chain mail was easily dented and pierced. In battle with an enemy armed with a mace or sword, it was simply useless. Nonetheless, from the Celts to the early 17th century, iron mail armour was the main element of a warrior’s outfit in Europe, and was used until the 19th century in Asia.

A brigandine was a kind of “two in one”, serving as both secular dress and protection from attack. Its iron plates were attached to fabric or leather and were covered with velvet or silk. By the end of the 12th century, it began to have sleeves and was made shorter. With lacing in the front or fasteners on the sides, a belt that tightened the waist, and copper ornaments on the metal frame, the brigandine was a wild success among commoners and the nobility. However, it was gradually replaced by another novelty, plate armour.

Plate armour undoubtedly represented one of the finest examples of medieval metallurgical art. It required a relatively large amount of steel and was rather difficult to manufacture. Mass production was developed only in the middle of the 16th century.

Plate armour guaranteed full protection to its wearer, the only Achilles heels being the eye slits and armpits. These knights’ clothes were made to order and extremely expensive: one suit could buy a village.

Contrary to popular belief, medieval armour was neither critically heavy nor excessively uncomfortable. While a typical suit was around 36 kilogrammes, this was fairly evenly distributed throughout the body, and knight fights were mainly equestrian. Notably, a modern infantry soldier’s outfit weighs about the same. As such, knights could not only walk with plate armour on, but also run, fight with swords and even climb a rope ladder, as proved in reconstructions. If a knight wearing armour fell over, he could easily rise on his own, rather than lying on the ground like a beetle, waiting for the help of the faithful Sancho Panza.

To be wounded in battle was another thing. Sometimes even a minor wound could be fatal in such armour, which is almost impossible to remove alone. The most insidious enemy of a knight in armour was rust, because the metal required special care. Oil was used for anti-corrosion treatment, and in peacetime, the armour was stored wrapped in several layers of dense fabric.

However, plate armour was removed from the battlefields not because of corrosion, but due to firearms. Lead bullets pierced it easily, and the steel suits that once provided protection in medieval times have become costumes for staged knight tournaments today.

However, the 20th and 21st centuries have not just been given the inglorious role of reconstructing the steel clothes of antiquity. Medieval Don Quixotes are being replaced by modern-day heroes: the characters of the Marvel Cinematic Universe, elite soldiers and workers of modern industrial enterprises. 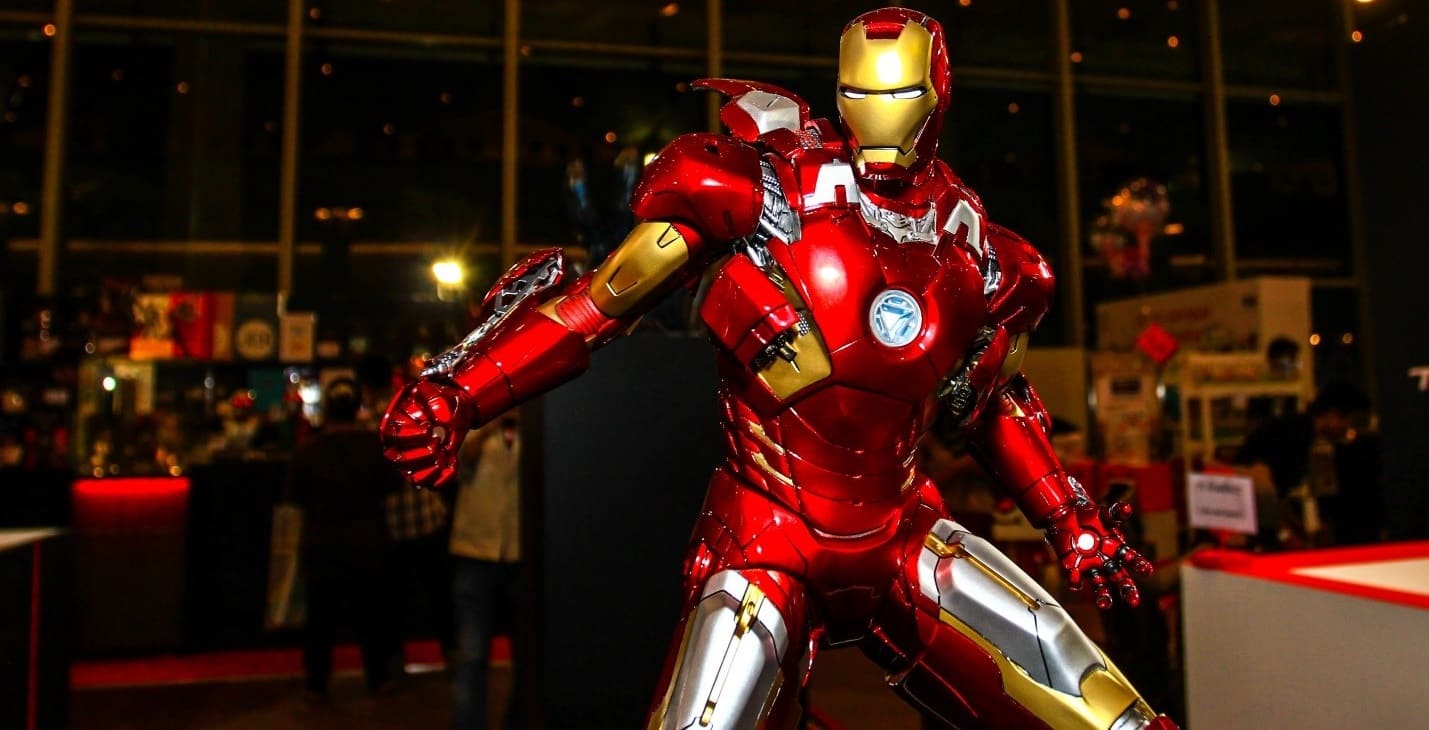 First, a few words about the famous Iron Man, the wealthy genius Tony Stark. Since 1963, he has been putting on his own unique armour – an exoskeleton – to transform into Iron Man, modifying it and his weapons depending on the tasks in hand, situation and even climate conditions.

You may say that all this is fiction and you would be right, until the “legend destroyer” from the US comes into play.

Last summer, the famous “legend destroyer” and producer Adam Savage launched a new show called Savage Builds on the Discovery channel, and he has already assembled a working Iron Man suit. The armour was 3D printed using titanium, nylon and fibreglass. It is not only exceptionally strong, but also, unlike its medieval “ancestors”, bullet-proof. Moreover, Savage was even able to fly in the Iron Man suit with a jetpack.

In addition, for several years, the US Army has been experimenting with exoskeleton technology, which can turn a simple infantryman into a real super-soldier. The idea is to make the outfit lighter: in some cases, a bulletproof vest, helmet, night vision goggles, walkie-talkies and other gadgets may total 40-65 kilogrammes in weight, several times more than feels comfortable. As a result, soldiers feel extra physical stress and fatigue even before military action begins. As such, a military exoskeleton should be light, about 20 kilogrammes, and be perfect steel armour and an ultra-modern set of gadgets at the same time. Both steelmakers and electronics engineers were at their best. There is still one area to work on – test versions still lack convenient power sources – although even this part is progressing quickly. The first exoskeletons for the Pentagon consumed 6,000 W, whereas now they use only 400 W. 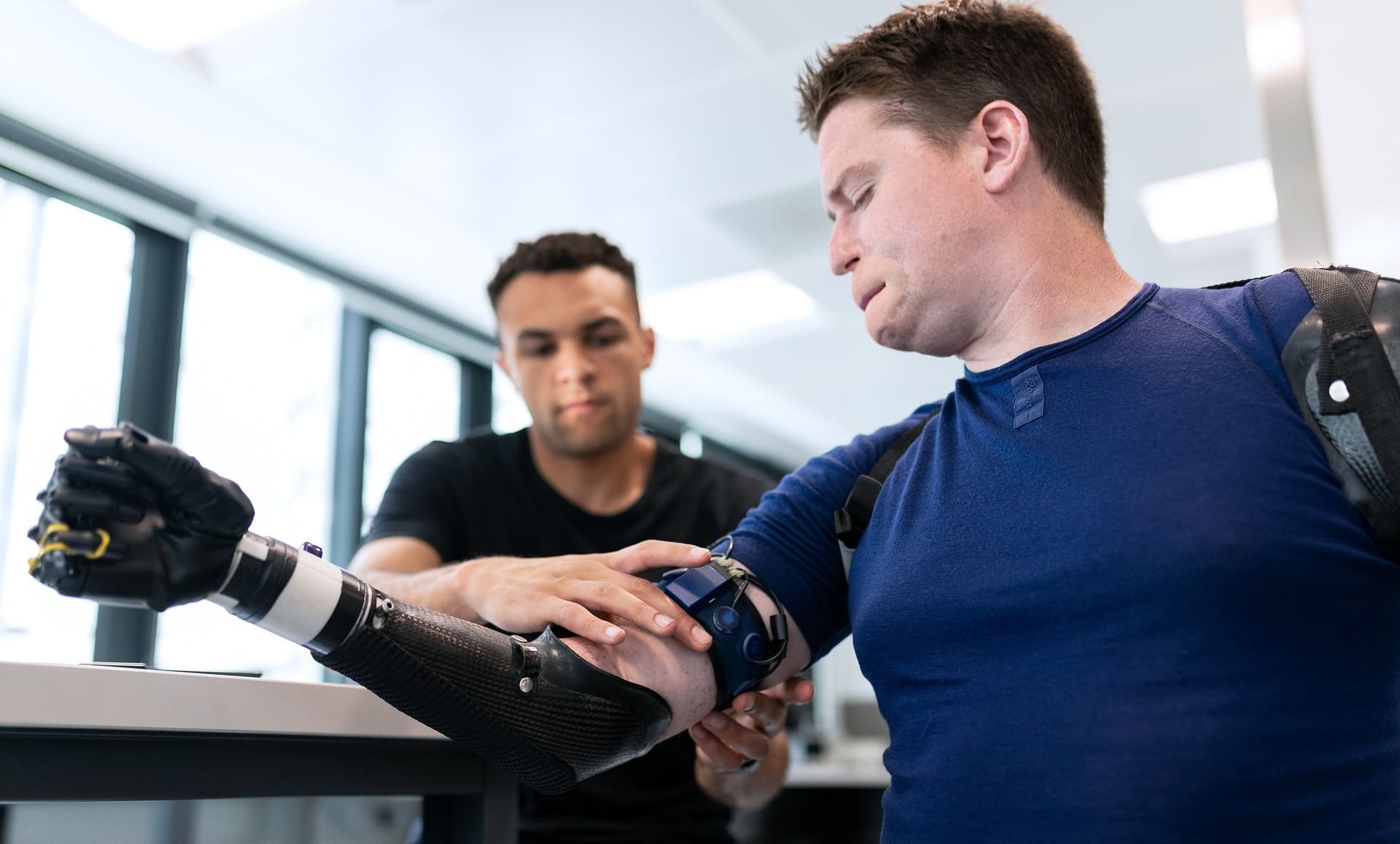 A few words should also be said about use of steel materials to make modern workwear. One example is Bekaert, a company considered the world leader in making steel wire and associated products. Take, for instance, a protective suit made of anti-static textile. It is made either entirely of stainless steel or using fibres from a more familiar material: wool or cotton. Such clothing can dissipate any electrostatic charge and earth the wearer. The so-called “smart textile”, which responds to changes in the environment, has a similar composition. For workers who use sharp tools, special cut-proof gloves have been invented. The steel yarn from which they are made is 35 microns thick and cut-resistant due to extraordinary flexibility.

This is how the history of human civilisation and the development of steelmaking technologies are reflected step-by-step in the history of suits of steel. After a short break, steel “armour” is back in fashion, and modern-day researchers, the army and businesses have already found many far-reaching applications.