Blog
The environment and steel: these two terms typically meet in the context of steel businesses investing in new technologies to either reduce substantially or eliminate the carbon footprint of steel production.

Many global metal companies have committed to preserving or restoring environmental resources as part of their corporate social responsibility programmes. However, their initiatives are often not directly related to their operational activity and do not make use of steel or other metal products.

That said, in some cases steel or other metal products are used to address environmental challenges, highlighting the positive impact that steel can have on the environment.

This is probably the best-known story of metal products saving an ecosystem. In this case, it was the properties of iron, not steel, that came in handy.

The seafloor around South Korea’s coastline has been degrading steadily due to desertification, a process linked to climate change and pollution. As the seaweed disappeared, so did the surrounding ocean life.

Scientists estimate that more than 60% of the marine plants perished along a 220 kilometre stretch of the country’s eastern coast. This was significant enough to reduce the output of South Korea’s fishing industry. In 2009, the national government launched a programme aimed at planting 54,000 hectares of artificial sea forest.

Underwater reefs were created using specially designed blocks of steel slag. The South Korean scientists who researched this material found that the blocks are heavy enough to resist being moved by typhoons or tsunamis, while the steel slag also has high content of microelements such as calcium and iron. This chemical composition allows steel slag to foster the growth of marine plant life.

The artificial reefs have already been installed in 30 sea forests. The programme wraps up in 2030. 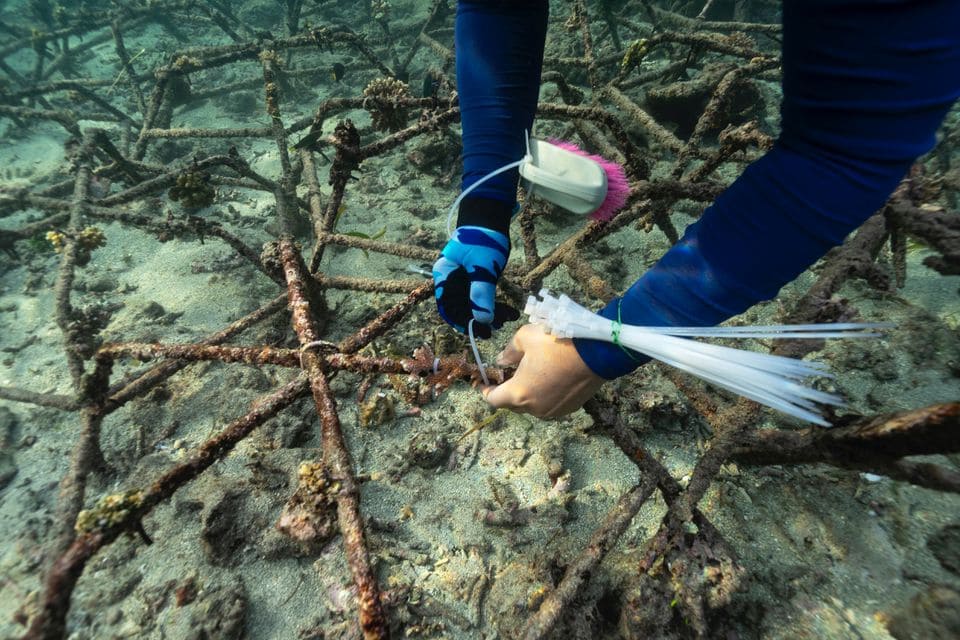 Coral reefs worldwide have been rapidly degrading for decades because of climate change and human activity. In one example, people in Southeast Asia once mined coral for use as a construction material. Unfortunately, these underwater life forms struggle to repair any gaps between the coral clusters without outside help. This accelerates further erosion by strong waves and underwater currents.

Luckily, people on the Indonesian island of Bali have found a solution. They install so-called reef stars on the seabed. Almost 6,000 hexagonal steel structures about a metre in diameter have been installed to help corals grow where they are needed. In the coming years, about 5,000 more reef stars may appear around Bali. The project team hopes to expand its coral reef restoration activities beyond Indonesia in the future.

Why was Indonesia the starting point? Research shows that over 75% of known coral species live there. Facing constant erosion and bleaching, only half of Bali’s coral reefs are in good condition. 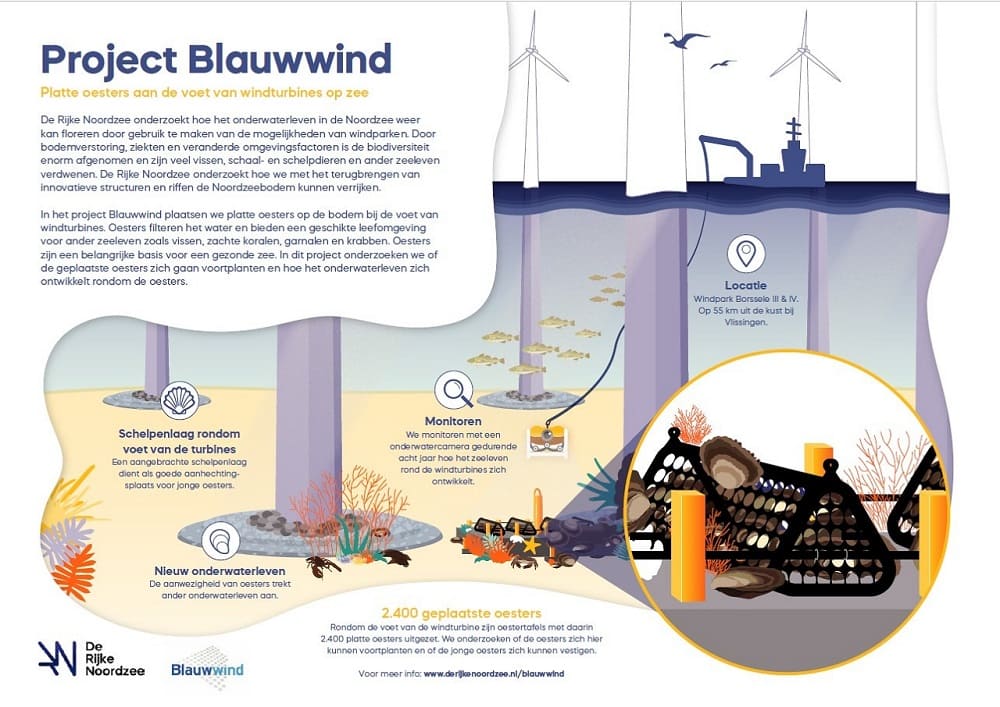 In 2020, the Blauwwind eco programme was launched in the Netherlands to bring back flat oysters to the Dutch North Sea. Oyster reefs are of great importance to local marine biodiversity. Unfortunately, they almost disappeared in that area because of natural and human factors. Meanwhile, offshore wind farms are appearing with increasing frequency in the open sea.

The Dutch scientists decided to use the foundations of wind turbines to provide a habitat where flat oysters could reproduce. To this end, they created platforms of concrete and steel. Steel poles serve as mounting points for special cages containing 2,400 oysters that are retrieved and studied from time to time.

The initial observations prove that the oysters are growing and reproducing. Hopefully, the North Sea can replenish its marine life. If the experiment is successful and scales up further, this area may once again become attractive to sharks, rays and seals.

The white stork is a symbol of Ukraine. Its population in our country is one of the largest in the world, totalling around 30,000 couples. Nonetheless, this bird is protected by Ukrainian laws and the Bonn, Bern and Ramsar conventions. This is because white storks have almost disappeared in many European regions in the past century. 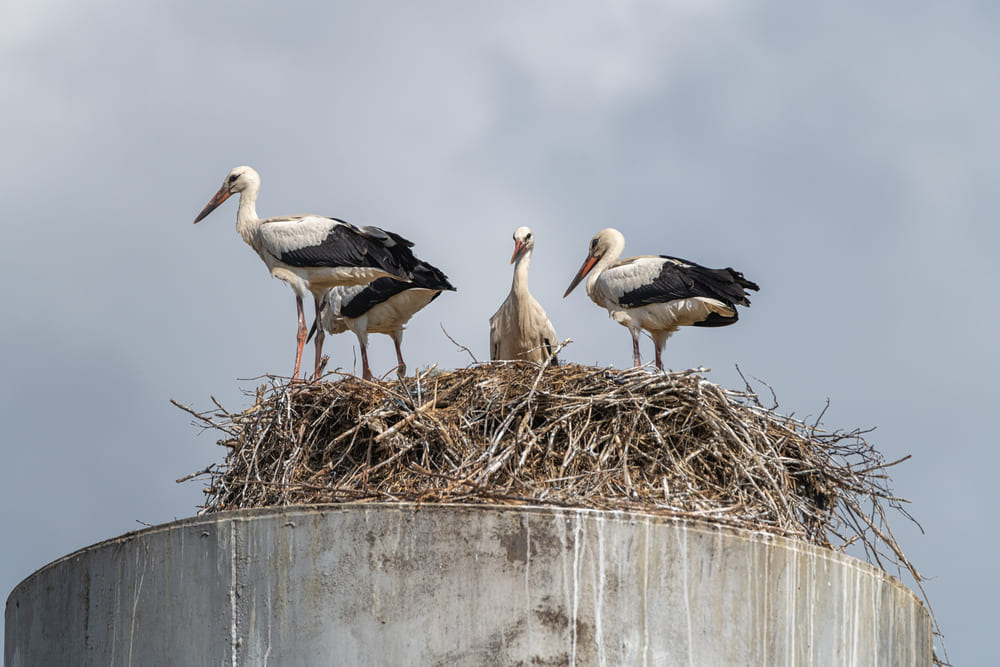 They typically nest on the roofs of buildings or other tall structures. As power grids have developed, electricity pylons have become their favourite nesting spot. One nest lasts multiple years, growing larger and heavier each year until it reaches a critical mass of 500 kilograms, and then it falls apart. This often kills the birds and breaks the power transmission lines.

Since 2013, DTEK – Ukraine’s largest private energy holding – has been developing a stork conservation programme called Lelechenki, a term of endearment for storks in the Ukrainian language. Since the start of the initiative, DTEK has installed around 250 special steel safety platforms on electricity pylons, of which 97 were added in 2020. By the end of 2021, the company aims to have installed 122 more, which would be the most in a single year for the programme so far.

The platforms help to protect the nests from destruction and the white storks from electric shock. Over eight years, 5,000 birds have been made safe.

Along with the nest platforms, power engineers install special shrouds that cover the wire segments adjacent to the nests and place glow-in-the-dark markers that help the birds to navigate. 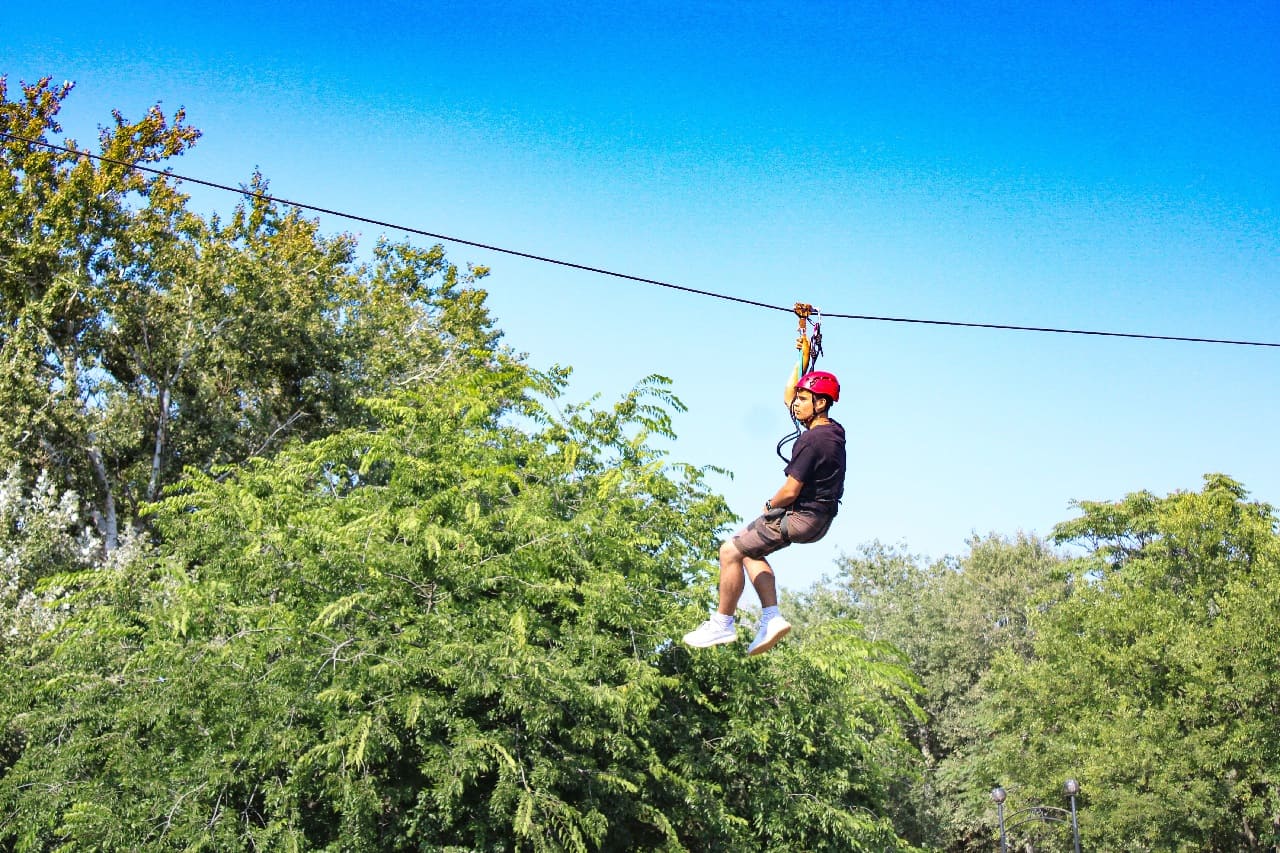 Sadly, steel structures or materials on the ground sometimes harm ecosystems. For example, researchers have already found that recently constructed sections of the US-Mexico border wall prevent the migration of animals and disrupt other natural processes.

However, there are cases when the properties of steel allow the material to be used without harming unique flora and fauna. One of Nicaragua’s most renowned nature reserves is located on the slopes of Mombacho Volcano.

It is home to rare cloud forests teeming with endemic wildlife that is completely unique to this corner of the Earth. You can marvel at the beautiful tropical forest while sitting outside of your room or walking on special tourist trails. However, the most fascinating experience offers a bird’s eye view of nature and life in the treetops.

Such a view can be seen from a 2 kilometre zipline with 17 platforms, 11 double-strand wires and three hanging bridges. The zipline is mostly constructed from reliable steel wires that give tourists a sense of security and keep the unique ecosystem undisturbed.

As you can see, steel and other metal products are frequently used to conserve and restore terrestrial, aerial and marine ecosystems. Similarly, any socially responsible steelmaker always takes care of the environment.