Blog
Humankind lives on the land that covers less than 30% of Earth’s surface. As the population continues to expand, people become increasingly fascinated with the idea of other inhabitable places. Of course, we think immediately of outer space. While it is endless, the closest star systems with Earth-like planets are very far away. Meanwhile, we have another vast domain right next to us – the seas and oceans. Despite their proximity, the ocean depths have barely been explored. The high-strength steel used in submarines and bathyscaphes helps us to progress on this challenging journey.

The first designs for underwater vessels appeared over 400 years ago. Even the legendary Leonardo da Vinci seems to have tried his hand at this. For Ukraine, one of the most interesting historical legends is a tale about Zaporizhian Cossacks who turned their traditional chaika boats into submarines. The main historical source for this story is the records of Fournier, a French monk who shared the details of the North Slav attacks on Turkish forts on his return from Constantinople (now Istanbul). Allegedly, the Cossacks sailed across the Black Sea underwater, thus managing to catch their enemies off guard.

Regardless of the veracity of this tale, the first submarines were indeed built from wood. Fully metal-hulled submarines appeared much later, in the 19th century. The approaches to shape, engines and other intricacies of this craft evolved continuously until the second half of the 20th century. The changes were necessitated by active military use, which revealed weak points in many submarine components that had to be eliminated. 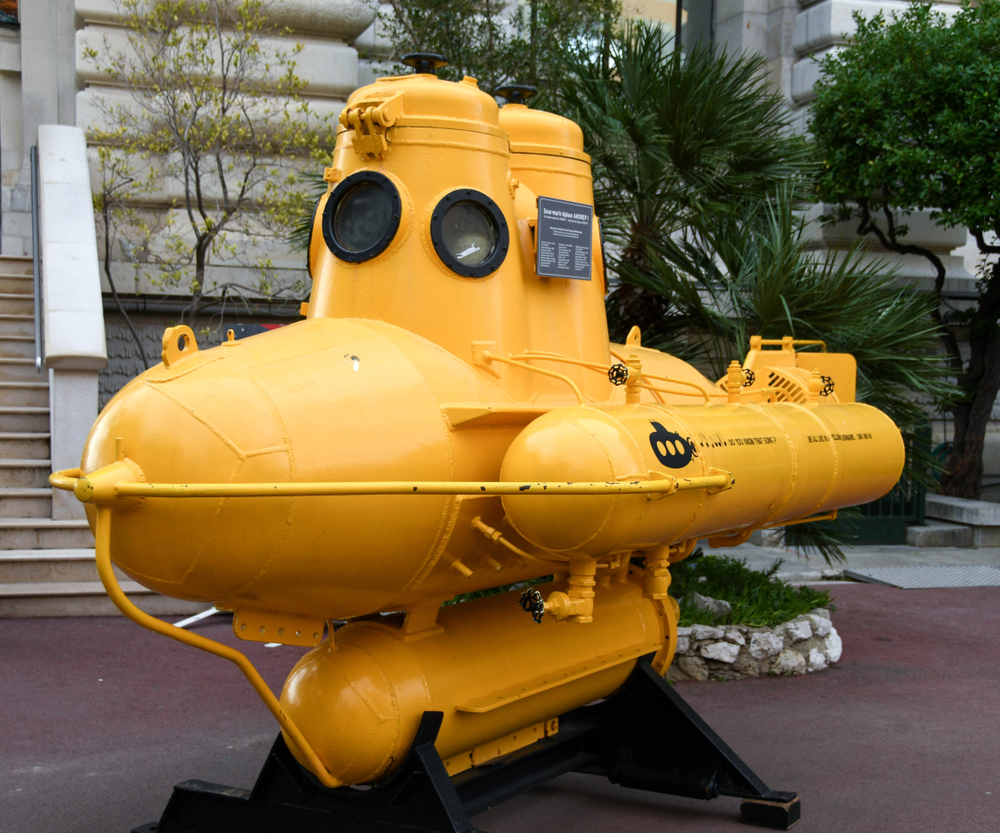 However, submarines have found civil applications as well. For example, in the mid-1900s, they delivered cargo and mail to hard-to-reach places. Still, scientific research has established itself as the most successful peacetime application for submarines. It is believed that the first-ever underwater craft for seabed exploration, called the Loligo, was built by the Germans in 1914. In 1931, the Americans re-purposed the Nautilus, turning one of the military submarine’s torpedo bays into an air lock chamber for divers and using the others to carry scientific equipment.

Submarines evolved numerous times before finally taking on the cigar-like shape we know today. However, Spanish inventor and engineer Narcís Monturiol i Estarriol envisioned a streamlined hydrodynamic shape for submarines back in the mid-1800s. His solution did not catch on right away, though. The departure from a clearly efficient shape is explained by the fact that in the early 20th century, military submarines spent most of the time above water. This was because the diesel engines commonly used back then performed better that way. They submerged only briefly. Thus, the hull shape was something of a compromise, resembling a warship with a tightly sealed top. When necessary, the vessel could dive underwater quickly to hide from an enemy.

As the efficiency of submerged operations has improved (modern submarines can navigate the depths autonomously for 100+ days), so has the ability to locate objects on the surface and underwater. This has forced the engineers to return to the drawing board. They have found that a circle is the most rational cross-section for a submarine. 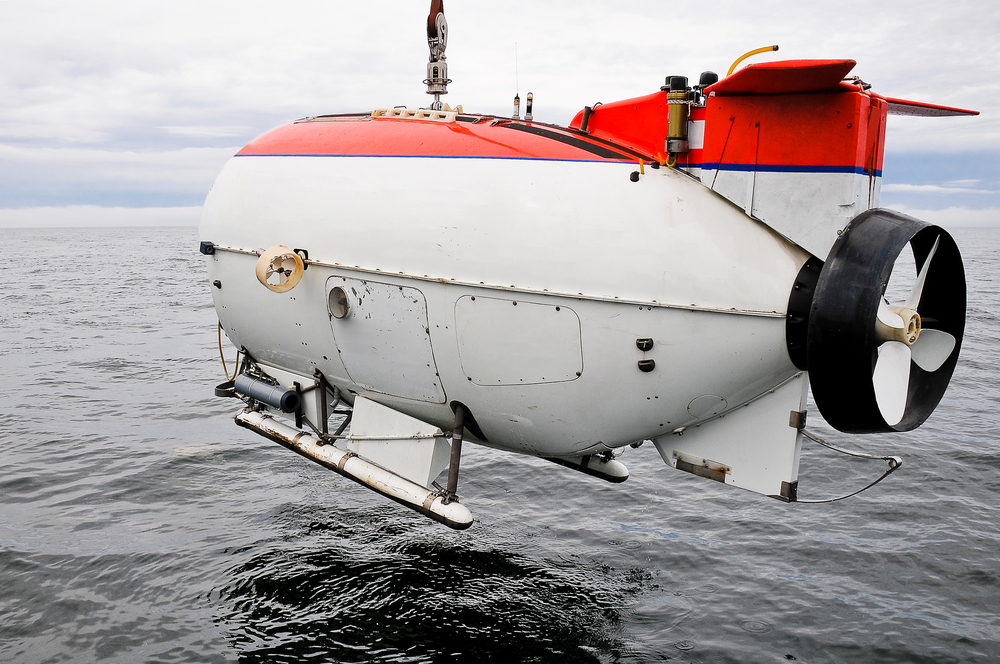 Notably, Narcís Monturiol i Estarriol used a double-hull structure in his submarine designs. This is when a streamlined, relatively light and non-watertight outer hull contains an inner hull that is watertight and rigid to withstand higher pressure. While the Spanish engineer’s submarine designs had a wooden outer hull, modern hulls are made of steel and covered in special rubber compounds to reduce noise in motion.

Today, most of the rigid hulls are made by welding separate parts. Traditionally, the middle is made of a cylinder with various cross-sections. Conical elements are welded to the ends. The very large sections in the middle of the submarine are separated by watertight steel bulkheads. They have two main functions: they serve as an additional stiffening rib and divide the hull into sealed compartments, which increases the survivability of the vessel. 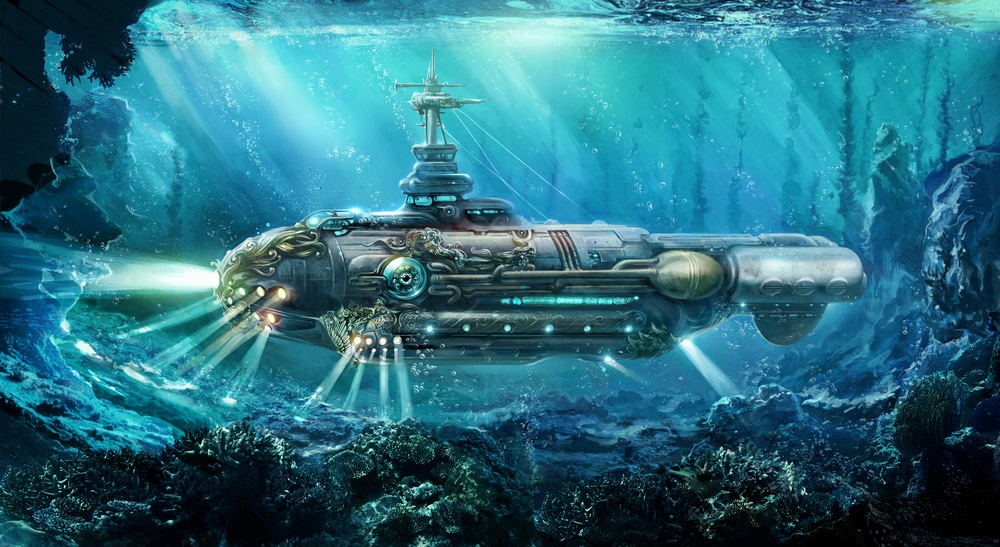 The steel used in the construction of a strong submarine hull must meet certain criteria. The first is a high ratio of strength to weight. The deeper a submarine goes, the greater the water pressure. The metal used for the submarine hull and welds also must be of high plasticity. Submarines frequently dive and surface, enduring many load cycles, which can result in fatigue cracking. This means that the steel must meet very strict fatigue and dynamic strength requirements. As with surface vessels, high resistance to corrosion is essential. Low magnetism is also important for military submarines to reduce the risk of detection.

Low-alloy special steels have been developed for submarines to meet these and certain other requirements. The Americans are trailblazers in making steel for submarines. The NT steel grade has a yield strength of 45 kgf/mm² and was made in the US in 1943. Other countries with submarine fleets followed suit.

The AK25 steel grade has a yield strength of 60 kgf/mm² and was made in the USSR in the early 1950s. It represented a new class of high-strength, weldable, blast and corrosion resistant material. The first submarine with a hull made of this steel was built in 1958. Specialists from modern-day Ukraine’s Zaporizhstal and Azovstal were closely involved in the further improvement of materials used to make Soviet submarines. In the 1970s, electroslag remelting was used to produce such steels: a technology developed by Kyiv’s Paton Institute of Electric Welding. Now you can attain the target steel parameters through steel ladle treatment. Submarines are mostly used by navies and more than 30 countries currently have submarines in service. Nuclear submarines are considered the pinnacle of achievement. While their construction and fabrication are heavily guarded secrets, scientific achievements are frequently shared and promoted.

The Deepsea Challenger submarine is the most technologically advanced dive craft that has ever been used to explore the ocean depths. In 2012, world-famous film director James Cameron piloted the craft to reach the bottom of the Challenger Deep, the deepest part of the Mariana Trench. The maximum depth recorded during this record-setting dive was 10,994 metres, where the water pressure is more than 1,000 times greater than at sea level.

This deep-sea craft was constructed in Australia during eight years under a veil of secrecy. Cameron piloted it from a sphere that was 1 metre in diameter and had steel walls with a thickness of 6.4 centimetres. The chamber was built from two steel plates, which protected the film director from the crushing deep-sea pressures. Above the chamber was a vertically oriented, torpedo-shaped submersible. The expedition discovered 68 previously unknown species. This was the second time in history that a human had made the trip to the world’s deepest known point. In 1960, Swiss oceanographer and engineer Jacques Piccard and Lt Don Walsh of the US Navy reached the floor of the Mariana Trench in a bathyscaphe named the Trieste.

The intervening fifty years were not spent idly. The Deepsea Challenger sub was 10 times lighter than the Trieste bathyscaphe and was able to descend and ascend more quickly. Perhaps some of the technology used in this research will soon enable the creation of underwater human colonies.